Current Location: Home > News > 2021's first Apple event might not be happening on 23 March but in April 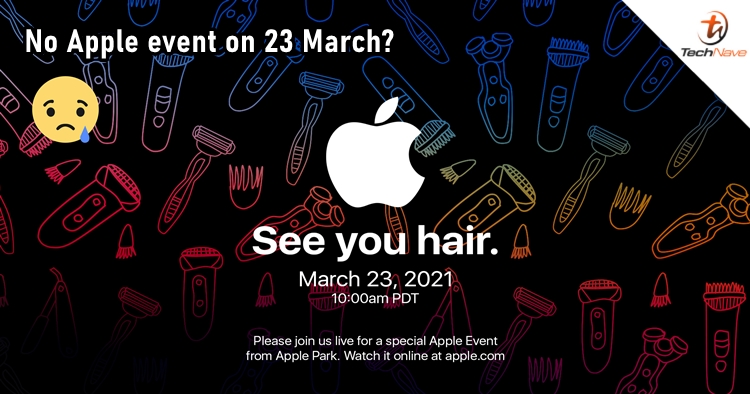 The first Apple event of 2021 is said to be held on 23 March and it looks like it's not going to happen now. According to the latest report, the event has been postponed to April. It is also worth mentioning that the news came from the same tipster who got the date wrong twice, so should we still trust him?

The tipster Jon Prosser now claims that the event will be happening in April rather than this month. Previously, the tipster had promised to shave his eyebrows if he got the date wrong again after saying it'll be happening on 16 March. As a result, he told his followers he'll be doing so as a man of his word.

The event is in April.

However, it is rare for Apple to hold an event in April and the tipster mentioned that it's normal that we are skeptical. For now, we could only wait until 23 March to see if anything comes up to save the tipster from shaving his eyebrows. If nothing, let's pray for the tipster, and also the event will eventually happen next month.

Let us know what you think about this news on our Facebook page. Stay tuned to TechNave.com for more tech rumours.