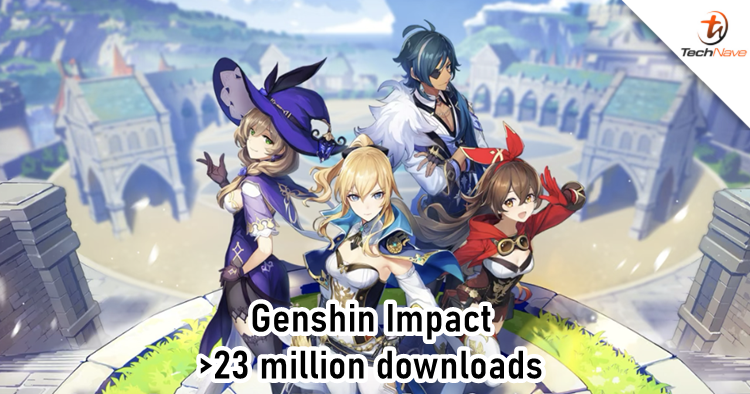 It wasn't that long ago that Genshin Impact was released globally as a free-to-play video game for mobiles, PlayStation 4 and PC. Now over merely a week, it has been downloaded 23 million times globally (and counting) on the mobile platform alone with an estimated $50 million revenue earned since its debut.

In addition to the achievement, the game had more than 20 million pre-registrations before the release, and 5 million of them were international besides China, said Daniel Ahmad, Niko Partners Senior Analyst. On the $50 million revenue account, it was estimated that the majority came from China, Japan and the USA. Despite having microtransactions, MiHoYo (the makers of Honkai Impact series) made sure that mobile gamers can enjoy playing without being forced to pay to progress.

If you're still under the rock, Genshin Impact is an open-world Role Playing Game (RPG) that has been often compared to The Legend of Zelda: Breath of the Wild for its similarity in graphics and gameplay. Nonetheless, many gamers seem to enjoy playing the game regardless and a Nintendo Switch version is in development. Amir Ghodrati, App Annie Director of Market Insights noted that consumers would spend their money 1.5 times on mobile games than PC or consoles combined, as long as the mobile gameplay is good enough.

So are you one of the contributors to the game? And how are you enjoying it so far? Let us know in the comments below and stay tuned for more trending mobile game news at TechNave.com.