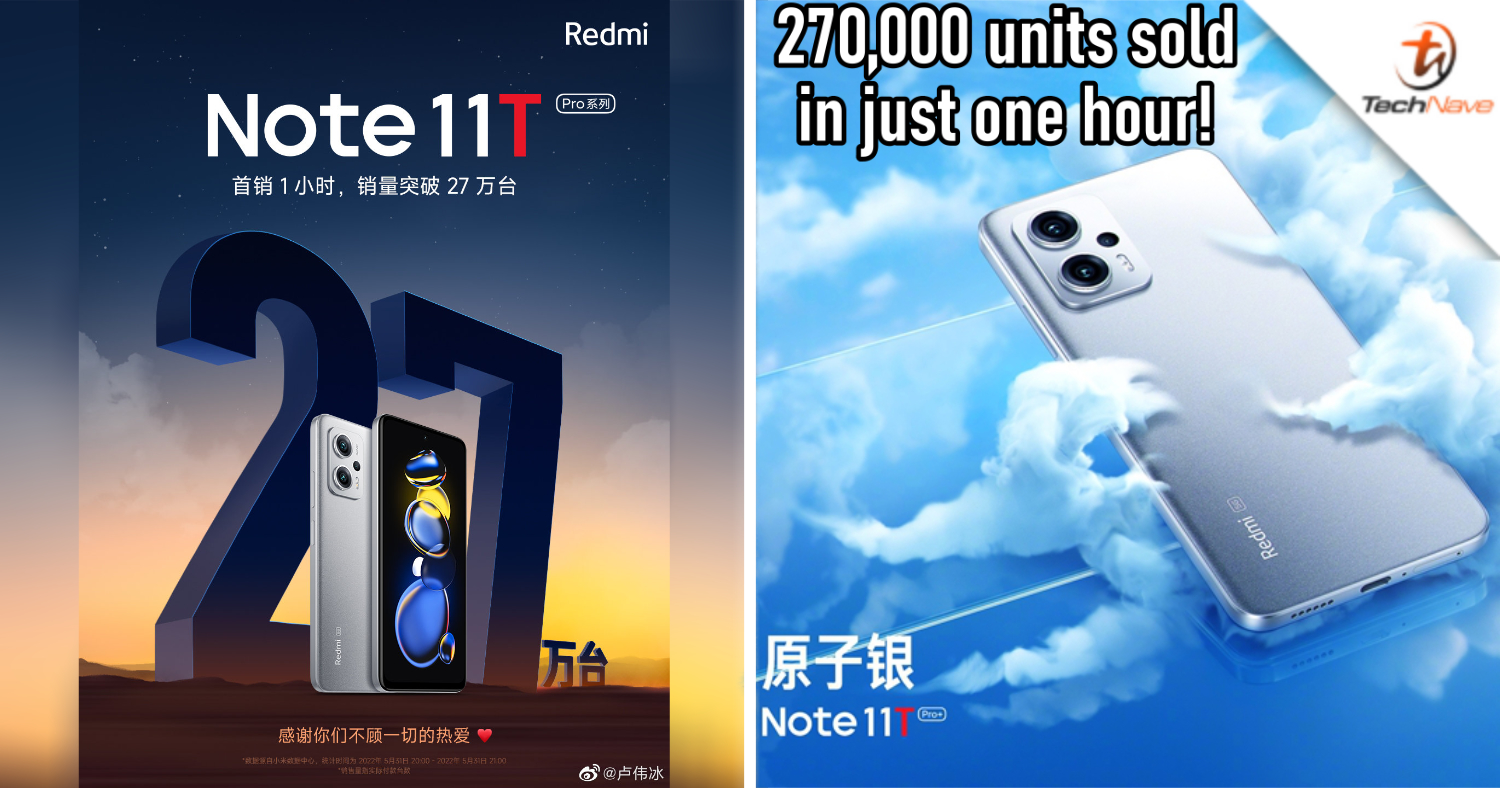 The Redmi Note 11T Pro Series was launched in China just a few days ago on 24 May 2022 and response for the new smartphones has been incredible. In fact, some 270,000 units were sold within just one hour of the devices being made available for purchase!

Following the achievement, Redmi General Manager Lu Weibing lauded the feat and shared the good news on his official Weibo account. In the post, he also shared a poster thanking all Redmi fans for the high volume of sales within just a short span of time. 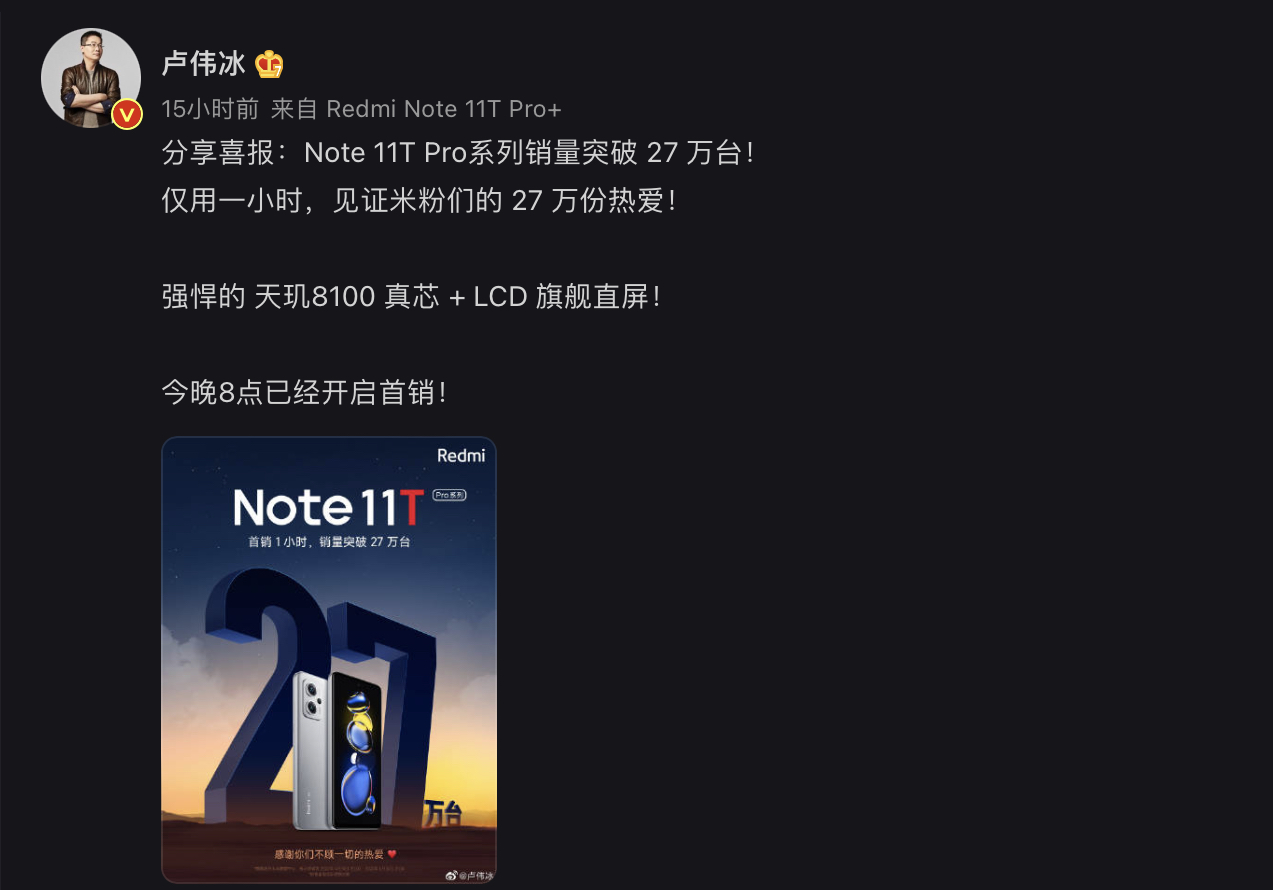 In case you missed the release of the series, here’s a recap on the details of the Redmi Note 11T Pro Series. Comprising of the Note 11T Pro and Note 11T Pro Plus, both devices are powered by the MediaTek Dimensity 8100 SoC.

They also feature a 6.6-inch 144Hz LCD panel (20.5:9, FHD+), making them the first devices in the Note 11 series to support such a high refresh rate. Besides that, both devices also share a similar primary camera, which is a 64MP GW1 shooter. An 8MP ultrawide lens and a 2MP macro camera compliments the main sensor in both devices.

Xiaomi has yet to announce the devices’ availability outside of China, including Malaysia. However, based on previous releases, the series is very likely to hit the shelves in our country soon.

What do you guys think of the Redmi Note 11T Pro Series? Share your thoughts with us in the comments below and stay tuned to TechNave for the latest tech news!