4 key tech specs to consider before buying a new laptop 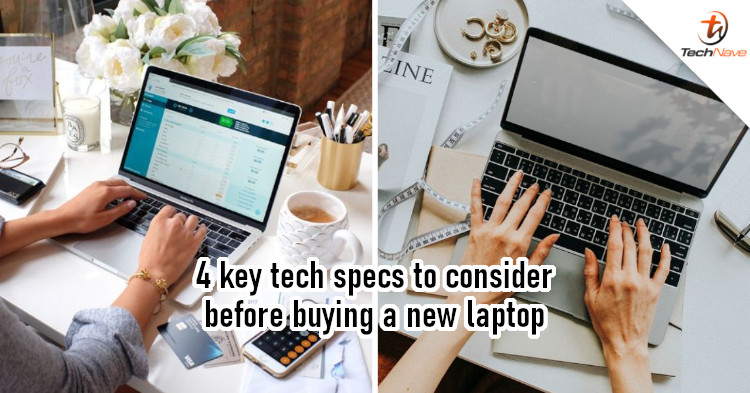 If there's a type of device that many of us rely on, it would be the laptop computer. Whether it's for studying or doing our work, laptops are indispensable for a lot of people. But when buying laptops, it's a good idea to have some basic knowledge of computer hardware so you know what to pick.

It's important to note that laptops are not like desktop PCs, in that many of the components can't be replaced. So, how do we choose a laptop that suits us? Well, let's take a look at four key tech specs you need to consider before you choose your laptop! 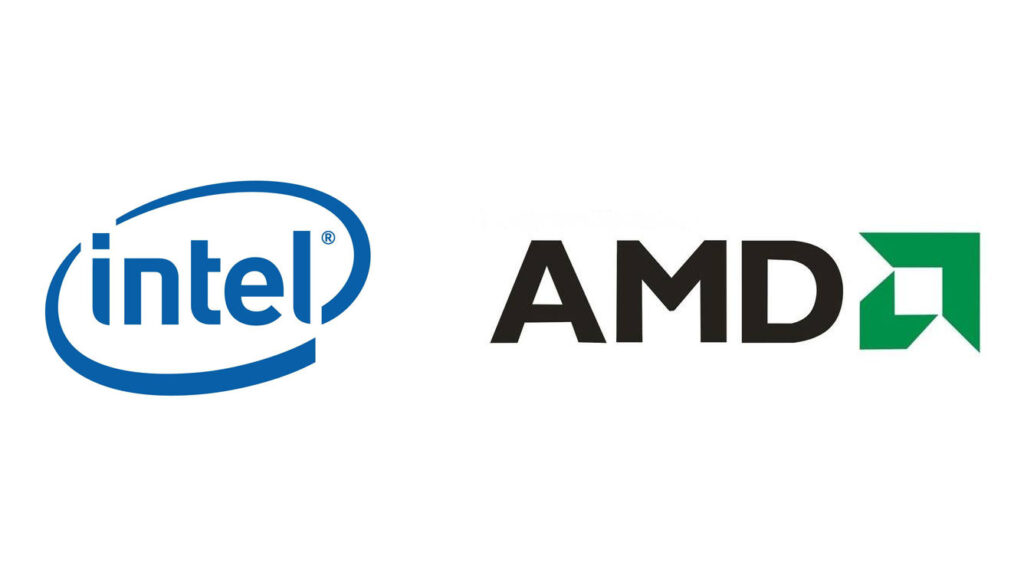 Your choice of CPU has to be from Intel or AMD

For CPUs, your choice boils down to two camps - Intel or AMD. Both brands have different naming schemes for their CPUs, so how do we distinguish them? First, let's start with Intel. Most Intel laptops use Intel Core CPUs. These are divided into i9, i7, i5 and i3 models. The more powerful the CPU, the higher the number after the 'i'. In other words, the performance order is i9>i7>i5>i3. So, if you bought a laptop with an Intel Core i7-7500U CPU, what does 7500U mean?

You start by looking at the first number here, where the larger number indicates a newer generation. For instance, the 7500U is a 7th Generation Intel Core CPU. A new generation of CPU often means improvements in terms of CPU performance and reduced power consumption. Next, the remaining three digits represent the SKU. A higher number here also means a more powerful SKU (i.e 7700U is more powerful than 7500U).

But what about the last part, the suffix? The letter used indicates the type of CPU being used for the laptops. They're divided into seven categories, which we've listed below:

To give you a bit more context, the H variant is considered the 'standard' version for laptops. Also, the low-voltage U version is now listed as 'G' for the new 10th Generation. The U/G variants only have average performance, but they use less power and generate less heat, so you often see them in thin and light laptops. On the other hand, the H variant has good performance, but requires more power and generates more heat, so they're mostly used for gaming laptops.

Of course, a more powerful SKU may not necessarily be the better choice for you. You also have to consider factors like architecture and power consumption. For example, if all you want to do is play games, then the i5-10300H CPU would be enough because a lot of games are bottlenecked by the graphics card rather than the CPU. But if you want to do things like professional video editing or 3D modelling, which are tasks that are more CPU-dependant, then it is better to go for the i7-10750H. For those who want a laptop just for daily use and office documents, then a CPU like the i5-10210U or i5-1035G4 would be more than enough for you. If you need it, you could always pick a slightly more powerful low-voltage SKU like the 6-core i7-10710U CPU.

Now that we've briefed you on the Intel parts, let's touch on AMD Ryzen processors. Just like how Intel names its CPUs, AMD Ryzen CPUs are also divided into R9, R7, R5 and R3 models. There are also low-voltage and standard versions for the Ryzen CPUs.

The discrete GPU market is also a two-way war

The graphics card, otherwise known as GPU, is the more important component when it comes to tasks like image editing or PC games. Notebooks typically come with one of two types of GPUs, integrated GPU or discrete GPU. Integrated GPUs have weaker performance and are usually unsuitable for playing games. However, it is relatively better for users who want long battery life for light office work. You mostly get these with thin and light notebooks.

A discrete graphics card has its video memory and related circuits built separately on an independent circuit board, which is then inserted into an expansion slot on the motherboard (usually PCI-E). It comes with its own video memory, meaning it doesn't take up any system memory. Typically, discrete GPUs also have more transistors built into it, resulting in better performance. In addition to that, discrete GPUs normally have a separate cooling system dedicated to it. That's important, as it helps regulate the laptop's temperature while you play games or use advanced 3D rendering software. So, how should you choose a graphics card? Well, two brands are available: Nvidia and AMD. Similar to CPUs, the letters and numbers on the model have other meanings. Take Nvidia's GTX 970M 4GB as an example. First, the performance level goes from GTX>GT>G. Next, the '9' here represents the current generation. Then the '7' here represents the SKU; the higher the number, the more powerful the GPU and it goes from 8>7>6>5. For the final number, it's usually a '0' or '5', which is a slight upgrade over its '0' counterpart. 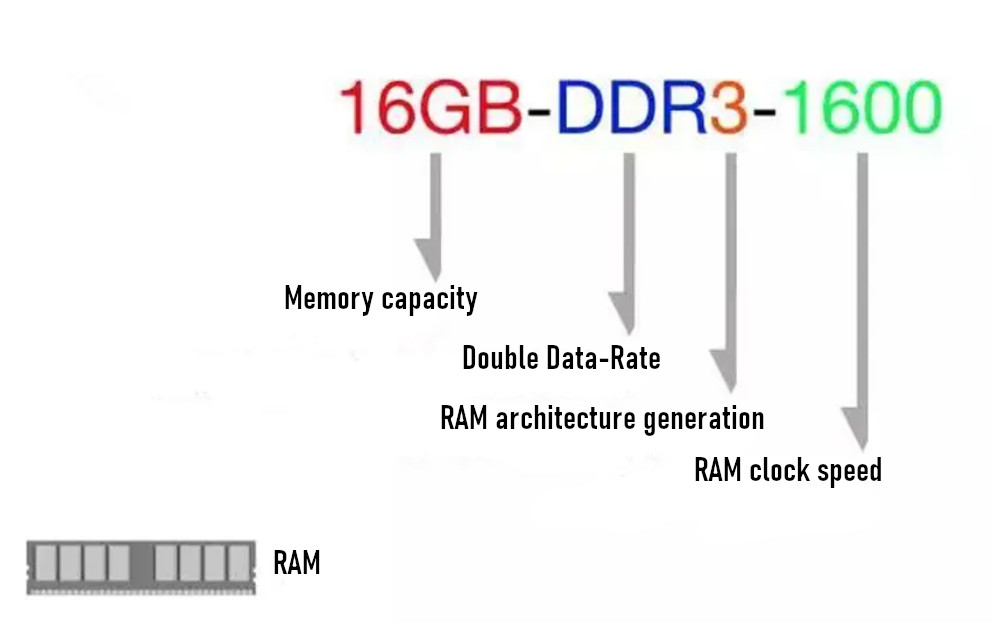 Although having more memory is always better, thin and light laptops can make do with 8GB for daily usage. For those who want to play games or use certain types of program, 16GB or above is recommended. If it's an AMD laptop, you should go for 16GB due to the memory usage of the integrated GPU.

But here comes the tricky part. When buying a laptop, you sometimes see terms like 16GB DDR3 1600 in the spec sheet. What is DDR? DDR here refers to Double Data-Rate. The most common ones on the market are DDR3 and DDR4. The number here represents the RAM's generation, with the higher number representing a newer generation. Lastly, the '1600' here refers to the RAM's clock speed in megahertz (MHz). Hard disks can be divided into mechanical hard disk drives (HDD) and solid-state drives (SSD). HDDs have slower read and write speeds compared to SSDs and are also heavier. However, HDDs are relatively cheaper and can store more files. On the other hand, SSDs have faster speeds and are more compact. They're more expensive but are more suitable as system drives to improve your PC's boot-up speed.

Generally, people would want one of each. You can get a laptop with an HDD with a large capacity to store your normal files, plus an SSD as the system drive. Also, installing your program on the SSD will result in much faster loading times for your games and apps.

Last but not least, the display for your new laptop. When it comes to this, the two main things to consider first would be the size and colour gamut. For size, a larger screen generally means a better visual experience. But bear in mind that laptops with large screens consume more power. Next, let's talk about the colour gamut, which is the colour range that a device can display. For example, a laptop display with 100% sRGB covers 100% of the gamut in the sRGB space. If it covers more than 100% of the same colour space, it means that it can deliver a wider range of colours.

For your info, LCD (Liquid Crystal Display) panels don't emit its own light. Instead, a light-emitting panel passes the light through an LCD panel to display the image. The backlight source is called the CCFT (Cold Cathode Fluorescent Tube) and is mainly used in laptop screens because of a limitation of the fluorescent material used. Specifically, its ability to output the red colour is weaker. When you add the fact that it's bad at matching colour filters, you end up with a poor colour gamut, compared to desktop monitors or TVs. Laptops generally have colour gamut in the range of 65% to 75% NTSC. 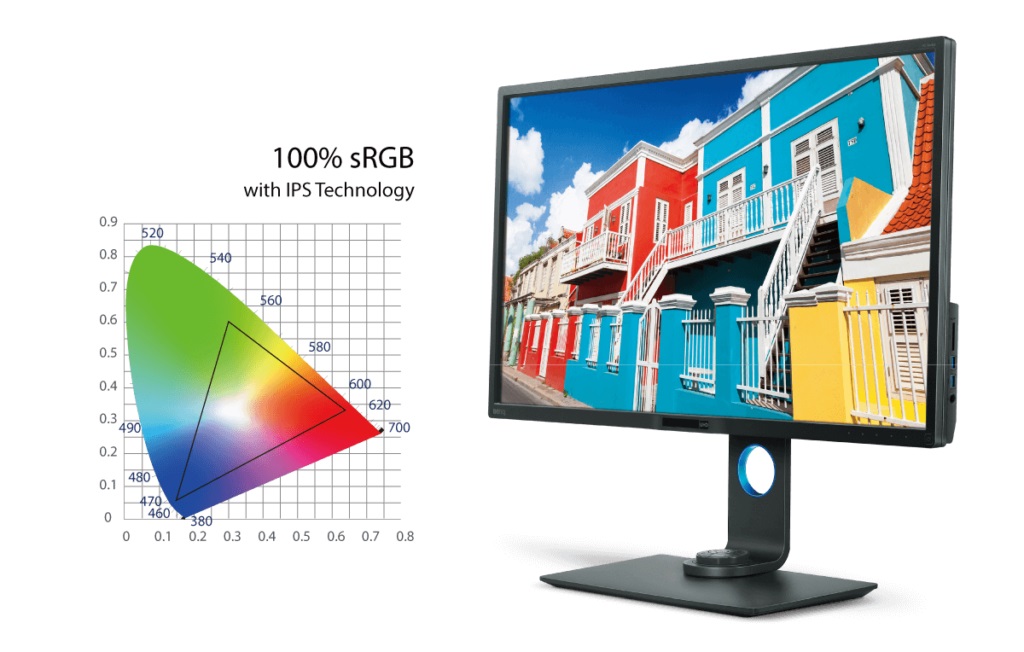 Many laptops have 100% sRGB colour gamut

Overall, a laptop display with 72% NTSC colour gamut (~100% sRBG colour gamut) is considered good. Most laptops will have a standard refresh rate of 60Hz, but most gaming laptops have at least 120Hz these days. But besides colour, you'll also want to consider the display's maximum brightness. Generally, the higher the max brightness the better. It would be great if it also supports HDR (High-Dynamic Range), for greater contrast.

Next, display panels are divided into two types: TN (Twisted Nematic) and IPS (In-Plane Switching) panels. The biggest difference between the two is in the viewing angles. IPS has a wider viewing angle, while TN panels have poor viewing angles. So, what kind of laptop display resolutions would we recommend? If you're a budget gamer, you could go for a Full HD (1920x1080 resolution) TN display with at least 144Hz refresh rate, so you can enjoy your games without paying too much. But if you're an illustrator or photographer, you may want to choose a 4K (3840x2160 resolution) IPS display with excellent colour gamut instead to see all the details.

Some program categories and their requirements:

That ends our take on what you should look out for when buying a laptop. In summary, the most important thing is to first understand your needs and budget. If you are an avid gamer, then CPU and GPU performance will be very important. But if you often work outside and need to carry your laptop frequently, then you can go for a laptop with specs streamlined to deliver a more compact body, resulting in better portability and battery life.

Of course, don’t forget to do your homework before buying, so it will be easier to buy a laptop. Let us know what other requirements you have in the comments below! And for more articles like this, do stay tuned to TechNave.com.