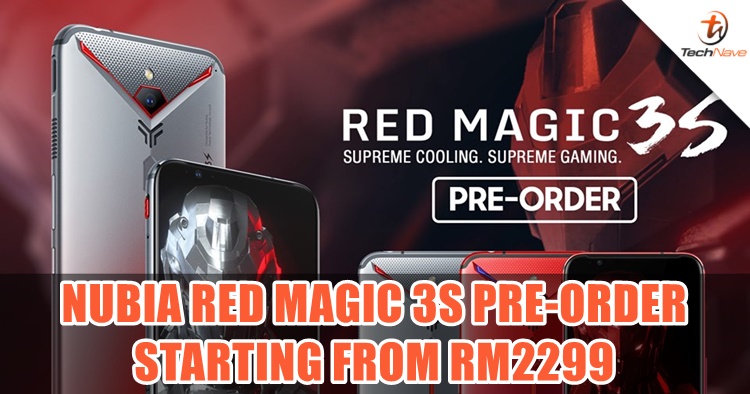 With all the rise of the gaming smartphones thrown around by smartphone brands, there's one more that isn't getting much recognition enough due to limited marketing - the Nubia Red Magic 3S. Once again, our local distributor DirectD is the one doing the pre-order just like for the predecessor and the price starts from RM2299.

Not much is known about this smartphone except that it was launched in India just before the weekend last week. There are two variants as well which are the 8GB + 128GB and the 12GB + 256GB, which the latter cost RM2899. It will be released in early November.

For the tech specs, this 6.65-inch smartphone is equipped with the latest Qualcomm Snapdragon 855+ chipset, 5000mAh battery (18W Fast Charging), a single 48MP rear camera, 16MP front-facing camera, and runs on Android 9.0 Pie out of the box. It also has a few features as well, such as having a 90Hz refresh rate AMOLED display (FHD+), an RGB rear panel, customisable touch-sensitive shoulder triggers, dual front-facing stereo speakers (DTS), and has an active liquid cooling with turbofan inside the box. 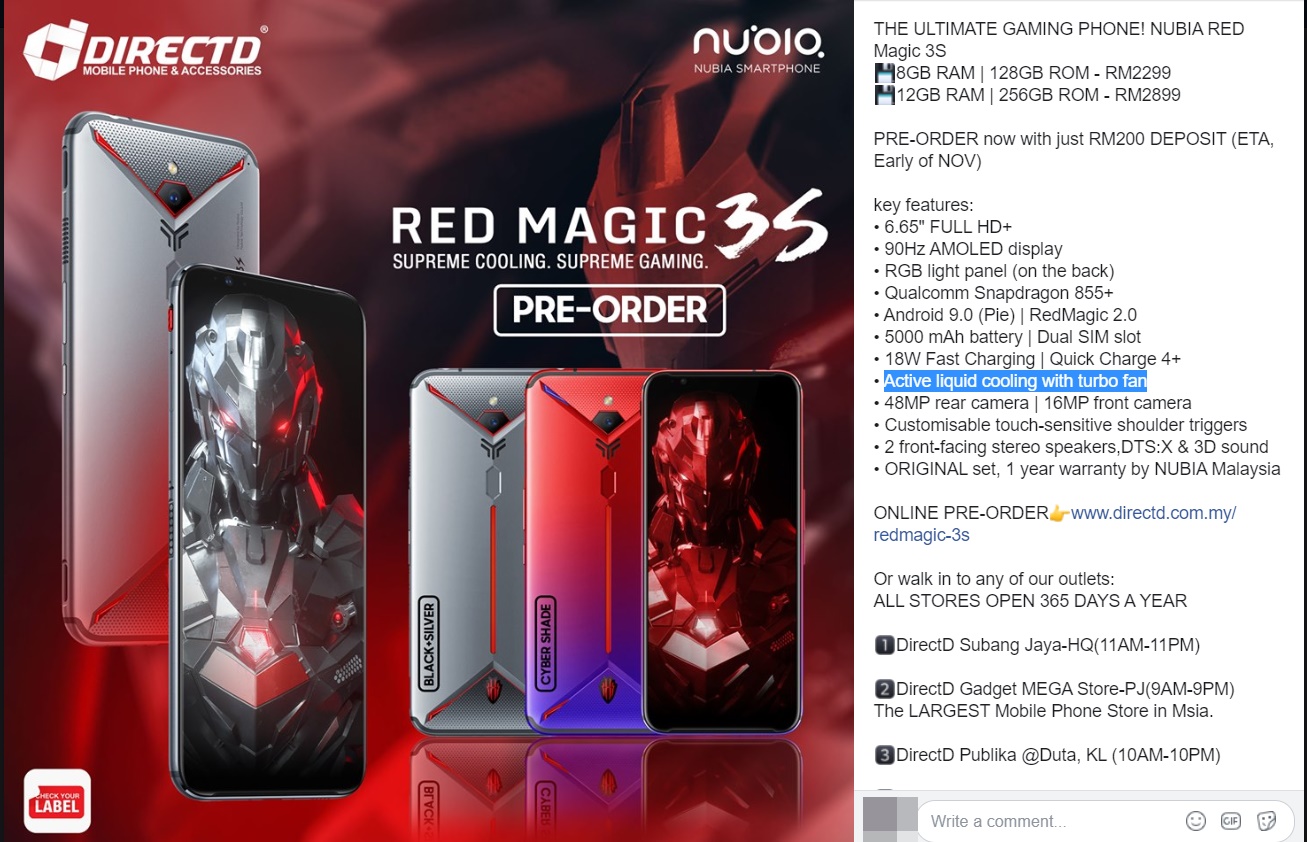 The smartphone is officially an original Malaysia set as its warranty is covered by Nubia Malaysia for a year. This should set some competition around BUT what do you think of this smartphone? Let us know in the comments below and stay tuned for more local tech deals at TechNave.com.