Current Location: Home > News > A Chinese YouTuber just made a foldable iPhone and it's functioning well 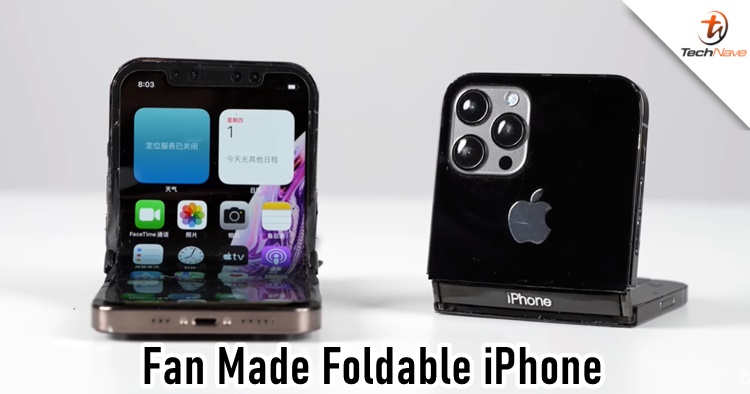 Ever wondered what a foldable iPhone looks like? Well, a Chinese YouTube went to great lengths to make it happen. In his YouTube video, he called it the iPhone V and showed how he built up the prototype from scratch.

The YouTube video is spoken in Mandarin but you can turn on the subtitles. To sum up the video, the iPhone V was made out of two different smartphones - a Motorola Razr which can be folded and an iPhone X model. He deconstructed both phones, used the important components and re-engineered the iPhone X to fit inside the foldable Motorola Razr chassis.

After that was done, he tested the iPhone V and it worked. The display also showed that before bending in half, it would bend in a nice curved way that is functional when scrolling an app with his fingers. Needless to say, this is probably the closest that we would ever see to what a foldable iPhone looks like.

Speaking of foldable iPhones, rumours have been circulating that Apple has been working on it for years but has yet to come up with a "good enough" model for commercial purposes. Anyway, we are still a long way from that so until then, stay tuned for more trending tech news at TechNave.com.