Current Location: Home > News > A Pac-Man battle royale game will be available on the Nintendo Switch 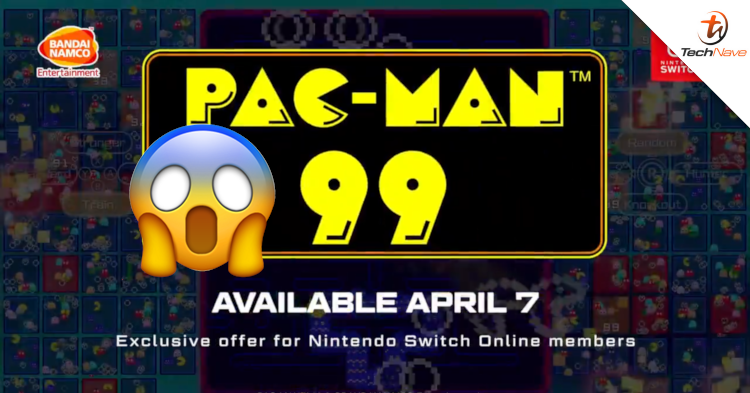 Nintendo has officially announced on their official Twitter account, stating that a Pac-Man battle royale game called Pac-Man 99 will be available on the Nintendo Switch very soon. Similar to Tetris 99, up to 99 players will go against each other to see who can survive the longest while sending “Jammer Pac-Man’ over to their side of the playing field.

The game is will be available for download on 7th April (8th April Malaysian time) for free for those who have a Nintendo Switch Online subscription. If you want to find out more information, head over to Nintendo’s official website.

PAC-MAN™ is back in a new 99-PAC-MAN battle royale! PAC-MAN™ 99 goes live 4/7 at 6 PM PST, exclusively for #NintendoSwitchOnline members! #PACMAN99

With all that said, would you be interested in trying out Pac-Man 99? Let us know on our Facebook page and for more updates like this, stay tuned to TechNave.com.