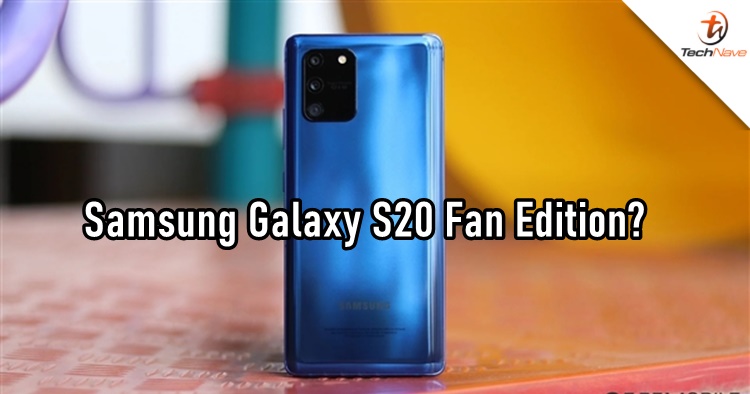 Usually, Samsung would release a Lite version to their Galaxy device lineup and we were wondering when will it be the Galaxy S20 series turn. According to new reports, there is a Galaxy S20 lite version in the works and it could be called as the Galaxy S20 Fan Edition.

That sounds nice and all but that's really eye-catching is that the Galaxy S20 Fan Edition is expected to be equipped with a Qualcomm Snapdragon 865 chipset. Should it be true, this will really please the tech-savvy smartphone fans particular those who are big fans of Qualcomm. Besides that, other tech specs include a 128GB internal storage and OneUI 2.5 based on Android 10 out of the box.

Previously, the Galaxy S10 Lite featured a Snapdragon 855 chipset which allowed consumers to purchase the phone at a lower flagship price. Reports say that the Galaxy S20 Fan Edition may be priced at $800 (~RM3418) but do take it with a pinch of salt. That said, compared with the official price of $999 in the US, the $800 price tag is fairly cut down.

The Galaxy S20 Fan Edition is said to appear alongside the upcoming Galaxy Note 20 series later this year. Would you get one if the rumours are true? Let us know in the comments below and stay tuned for more trending tech news at TechNave.com.