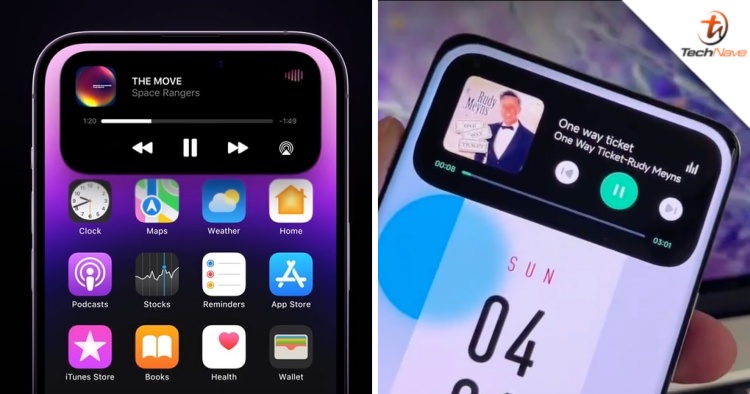 One of the more eye-catching features of the iPhone 14 Pro Series revealed by Apple during its Far Out event has got to be the Dynamic Island utilising the device’s pill-shaped cutout. Well, if you’re not an iOS user and want a similar feature on your device, worry not as a developer has already managed to add Dynamic Island to an Android device.

Spotted by Vibhav Jain of TechDroider, he took a short video of a Dynamic Island-style notification feature on an Android phone, specifically on Xiaomi’s MIUI. Moreover, the mod is part of a MIUI theme called Grumpy UI which is currently only available in Chinese. Of course, the Android-ified Dynamic Island is not exactly the same as Apple’s, especially since the display cutouts of both devices are different. While the iPhone 14 Pro and Pro Max utilises a pill-shaped cutout, the Xiaomi device shown running Grumpy UI has a punch hole on the top left of the screen.

Nevertheless, both implementations successfully hide the display cutouts, though the MIUI theme will only hide the cutout when the notification is enlarged. Meanwhile, on the iPhone 14 Pro Series, its cutout is always masked by a notification header, essentially hiding it from plain sight.

Well, if you’re a Xiaomi phone user and want to use this MIUI theme, you’d have to wait as Jain elaborated that the theme is currently still under review by Xiaomi. Once approved, it will be available for download on the MIUI Themes store.

So, what do you guys think of this Dynamic Island-like mod on Android? Do you think Android developers would be implementing a similar notification design on their future phones? Share your thoughts with us in the comments below and stay tuned to TechNave for more trending tech news such as this!