Current Location: Home > News > A group of scientists are working on clothes that can charge your phone 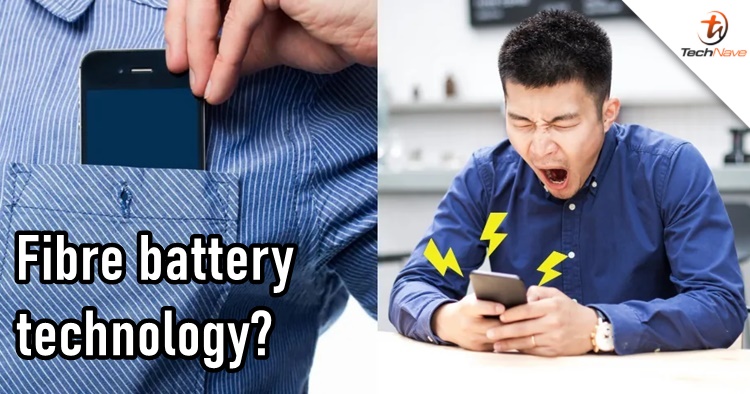 Have you ever thought that it would be so cool to charge your smartphone when you put it in your shirt pocket? Well, it could be a reality one day as a group of scientists from Fudan University, Shanghai in China just published a new study on a type of fibre that can be used as a charging technology.

According to the study, scientists have actually made woven fibres with lithium-ion batteries in them. It's not exactly like literal batteries on the fibres but more like the functionalities of the fibre materials. Dubbed as fibre batteries, scientists say it can hold up to 85.69 watt-hours of electricity per KG. 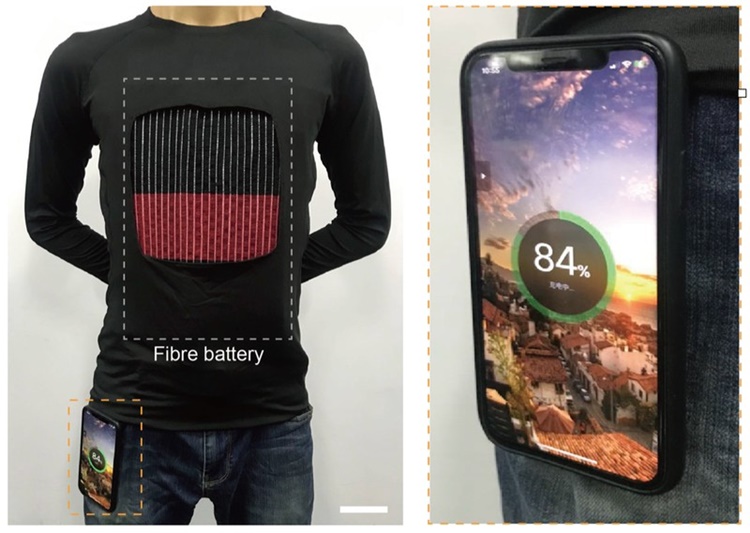 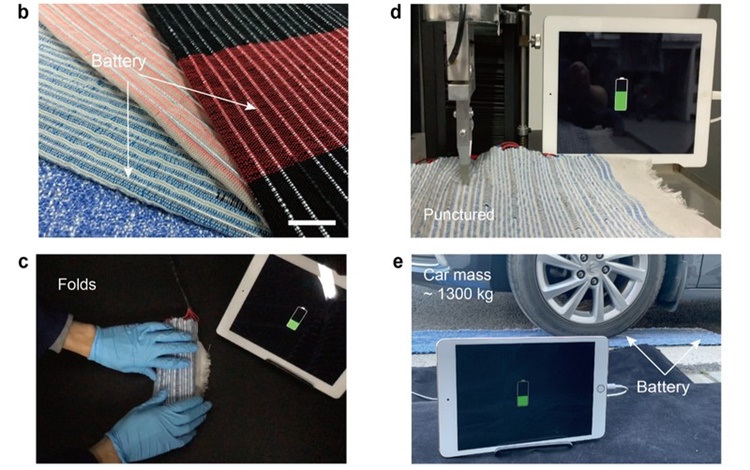 From the image above, you can clearly see a prototype fibre battery-enabled t-shirt with a charging iPhone attached to the pants. Their research also reported that even after 500 cycles of charging and discharging, the metre-long fibre battery could retain 90.5% of its capacity. In case you're wondering, the fibre battery can be folded, washed, or pierced by a sharp object.

It may still take scientists a long way to have a fully functioning fibre battery clothing, but it is the first step to have a smart clothing item in the future. But what do you think of this technology? Let us know in the comments below and you can check out the full published research paper right here. Stay tuned for more trending tech news at TechNave.com.