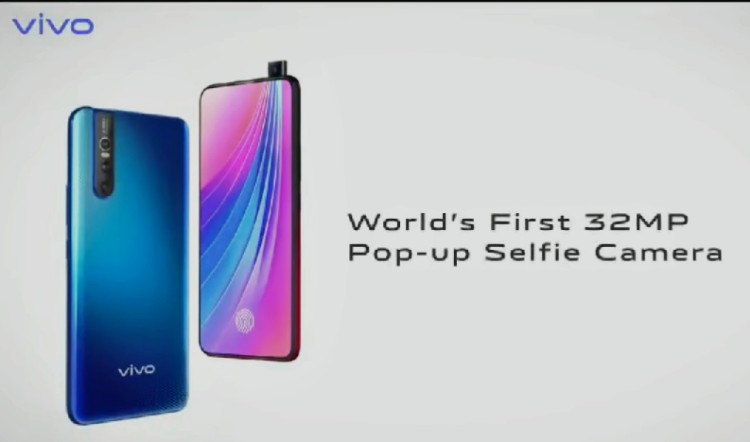 "Leaked official" content seems to be the in thing nowadays as now it is the turn of the vivo V15 Pro which has been revealed in a leaked official TV ad. The ad confirms the pop-up camera as the "World's First 32MP pop-up Selfie Camera" but we're not sure if it will be a Sony or a Samsung ISOCELL GD1 sensor. We expect that 32MP to actually be a photo binning function (8MP x 3) though with the actual front pop-up camera probably being an 8MP sensor.

Other expected (but not confirmed) tech specs include a Qualcomm Snapdragon 675 chipset, 6GB RAM, 128GB storage and all screen super AMOLED display. There may be an in-display fingerprint sensor while rear cameras are expected to be 48MP + 8MP + 5MP to go with the 32MP / 8MP front camera. It'd be great if we were wrong and it actually is 32MP, but for now, take things with a pinch of salt.

No actual Malaysia release dates or pricing yet, but vivo Malaysia have confirmed that the V15 Pro and the V15 will be coming to Malaysia soon (it might be coming to India on 20 February 2019). Gizmochina thinks the V15 Pro could arrive in India for around 25000 INR (~RM1422) to 30000 INR (~RM1707). Would you be interested in getting the vivo V15 Pro at that price? Stay tuned to TechNave.com and we'll update you as soon as we know more.