Current Location: Home > News > A new Samsung midrange smartphone will come with Exynos 9825 with One UI 3.0!

A new Samsung midrange smartphone will come with Exynos 9825 with One UI 3.0! 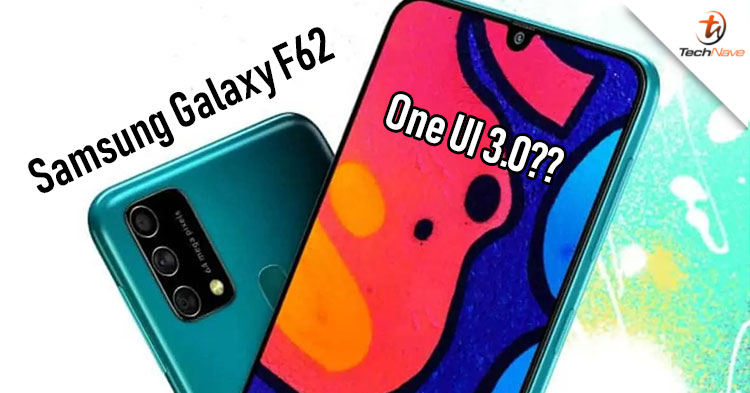 Samsung has been expanding its smartphone business with not just flagship smartphones but also mid-range and entry-level devices like the Galaxy A-series and M-series. Besides the two series, Samsung has added a new Galaxy F series in October that launched in India. Today, a new device that appeared on the GeekBench benchmark shows a new F-series that are expected to be the Galaxy F62.

According to the listing, the new Galaxy F62 will be equipped with the Exynos 9825 chipset and a 6GB of RAM. The phone scores 763 points in the single-core and 1952 points in the multi-core department. It is expected to get the One UI 3.0 based on Android 11. We are expecting it to be released before late January or mid-February 2021. 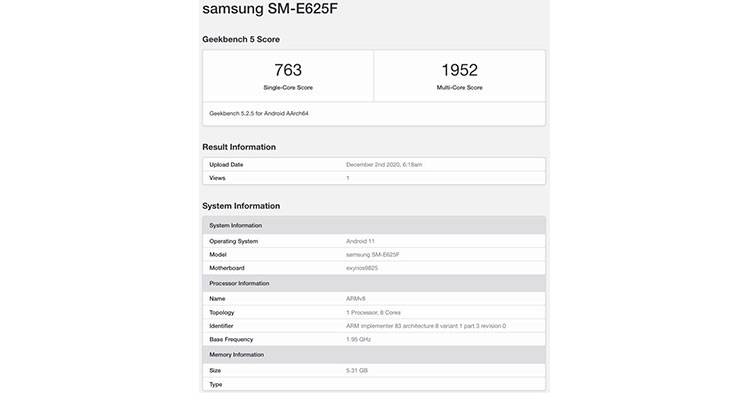 As for the cameras, we believe that it will come with an improved camera module compared to the previous Galaxy F41 compromising a 64MP main camera, 12MP ultrawide angle camera, and a 5MP depth sensor with a 32MP selfie snapper. While the display may remain with the same 6.5-inch Super AMOLED FHD+ panel. Unfortunately, the Galaxy F-series is still not brought into Malaysia but hopefully, it will be in our market soon.

Either way, there is still no official confirmation on the tech specs and release date of the Galaxy F62, so do take this with a pinch of salt. But will you be buying it once it’s here in Malaysia? Let us know on our Facebook page and stay tuned for more tech news updates on TechNave.com.