Current Location: Home > News > A new addition for the realme C series is expected to be launching soon!


A new addition for the realme C series is expected to be launching soon! 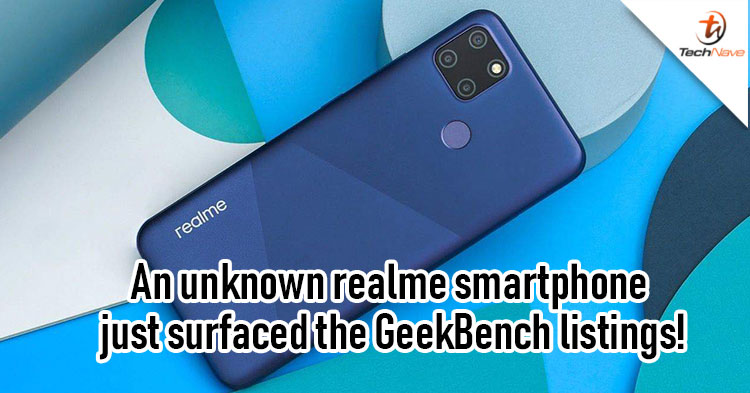 Recently, smartphone manufacturers are not slowing down on their new devices especially for the growing smartphone company, realme. Today, there is an unknown realme smartphone found on GeekBench benchmarking with the model number of RMX2194. Other than having the benchmark scores, the listing also revealed some key specs of the device as well which seems to be an entry-level smartphone.

According to the listing, the RMX2194 has a motherboard named “Bengal” with a Qualcomm Snapdragon chipset which this combination is usually associated with the Snapdragon 460 chipset. It shows 4GB RAM and we expected it to be coupled up with 64GB of storage. The smartphone runs on the Android 10 operating system that scores 254 points in single-core performance while kills it with 1171 points in the multi-core test. 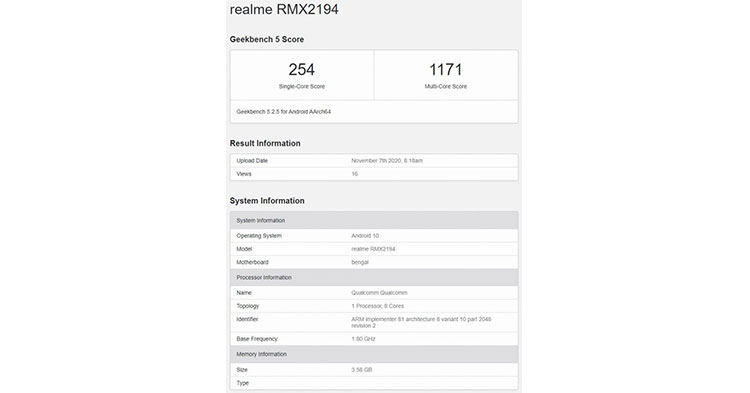 GeekBench listings with the model name of RMX2194

Apart from the features mentioned above, Geekbench did not reveal anything much about the phone, but through the chipset, we are expecting it to be the realme C-series as the realme C15 and C17 are running on the same Snapdragon 460 chipset. Besides the RMX2194, there is another flagship smartphone from realme just passed the BIS certification too which is the realme X7 series with 5G network support.

With that said,  we are still expecting more tech specs of the RMX2194 to be revealed on the coming listings and certifications as well as the release dates soon. So do stay tuned for more tech news updates on TechNave.com.