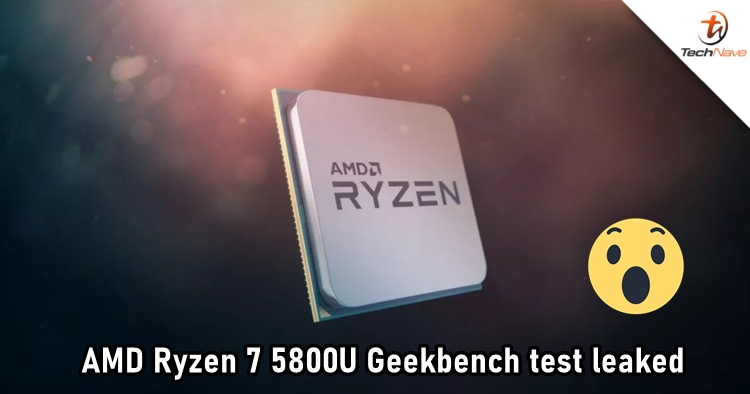 After Intel releasing the latest Tiger Lake CPUs not long ago, it's now the time for AMD to show as they're expected to launch the Zen3-based Ryzen 5000 processors in early 2021. Before that, a Geekbench test result for the model Ryzen 7 5800U has appeared with high scores that are aiming to get Intel shaking.

By looking at the test result leaked on Twitter, the Ryzen 7 5800U has scored 1,421 in the Geekbench 5 single-core test and 6,450 for multi-core. The numbers are pointing to a 38% faster performance than the previous Ryzen 7 4800U in single-core with a 10% performance gain on the multi-core front.

Other than that, the test has also revealed some of the tech specs including 8-core flagship with 16-threads and a base clock of 1.9GHz with a boost to 4.44GHz. The Zen3 architecture has lifted the performance as well alongside a doubled onboard cache which is now 16MB compared to 8MB on the 4800U. For the graphics, the 5800U is paired with an enhanced Vega GPU with 8 CUs clocked at 2000MHz. As usual, do take this leak with a grain of salt and we'll get to find out more about it soon.

Let us know what you think of the upcoming AMD Ryzen 7 5800U on our Facebook page. Stay tuned to TechNave.com for more latest tech news.