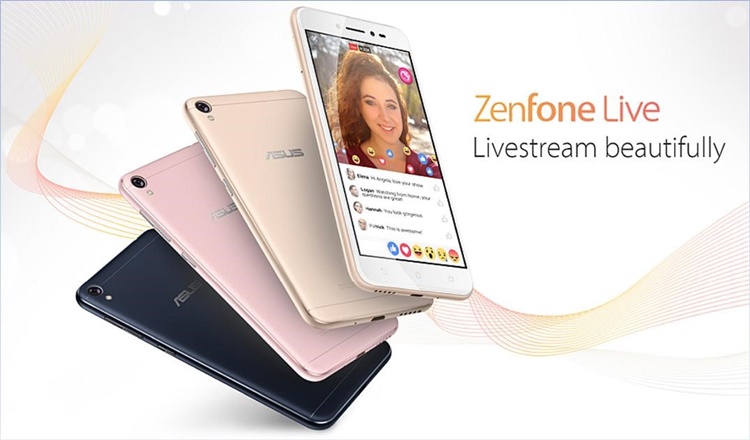 Today, ASUS Malaysia has announced a brand new smartphone as the world’s first to feature a dedicated real-time live-streaming beautification technology camera. Called as the ZenFone Live (ZB501KL), the device seems to be designed for the vloggers in mind who live streams themselves often on the go. Below is the official specifications:

Known as BeautyLive, the front camera’s megapixel is not specified but it houses large 1.4μm pixels which can pick up twice the amount of light and a dedicated LED selfie flash, intended for users who love doing live streams. It also has dual microphones to eliminate background noise to enhance your speech without a need for a plug-in microphone. There is also a free 100GB space on Google Drive for 2 years.

Coming in Navy Black, Shimmer Gold, and Rose Pink. The device is slated for RM649 only and it’s available now nationwide. Stay tuned for more ASUS news at TechNave.com.