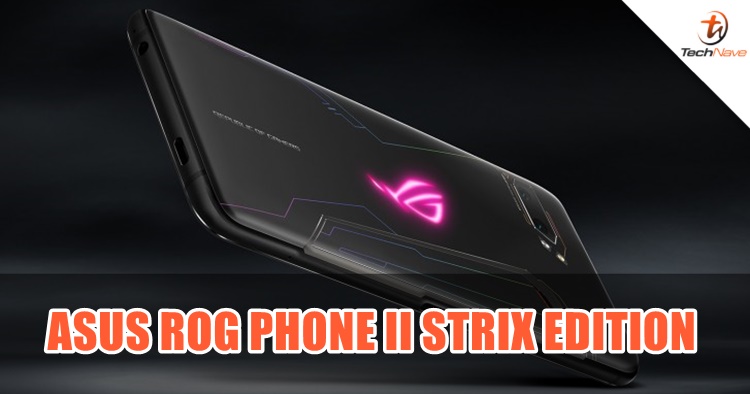 The ASUS ROG Phone II is arguably one of the best gaming smartphones existing in the market. It has been our favourite device with its powerful specs like a 120Hz refresh rate screen and a Snapdragon 855+ chipset. ASUS has now added a new variant to join in the line, the device is known as the STRIX Edition.

The variant can be deemed as a slight downgrade of the standard ASUS ROG Phone II, as it features a smaller RAM and storage but still retain the other specs. It is getting an 8GB of RAM and 128GB of storage makeover compared to the standard 8/128GB version that we could get earlier. We think this is a move to make the device to become more ‘affordable’ for those who don’t require that much RAM and storage. To recall, there was another Ultimate Edition launched earlier this year. It comes with 12GB RAM and the option of 512 GB or 1TB of storage. The device also includes an 802.11ad/60GHz Wi-Fi support and 4G LTE with up to 2.0Gbps Cat 20 download. On the contrary, the STRIX Edition will maintain with 802.11ac Wi-Fi and LTE speeds up to 1Gbps Cat 16 download.

Let us know if you will be getting these new variants on our Facebook page! For more smartphone news, stay tuned on TechNave.com.