Without exception, ASUS will be launching the ZenFone 8 series later as the company's yearly-refreshed flagship series. Before that happens, a ZenFone 8 device has been spotted on Geekbench with Qualcomm's Snapdragon 888 chipset. Let's find out what are the other things that will be coming with it!

The device with model number ASUS_I004D could be the ZenFone 8 or the ZenFone 8 Pro. It is said that the variant tested was equipped with 8GB of RAM, but sources claimed that the upcoming series could have up to 16GB. Other than that, the operating system is also found to be running on Android 11. 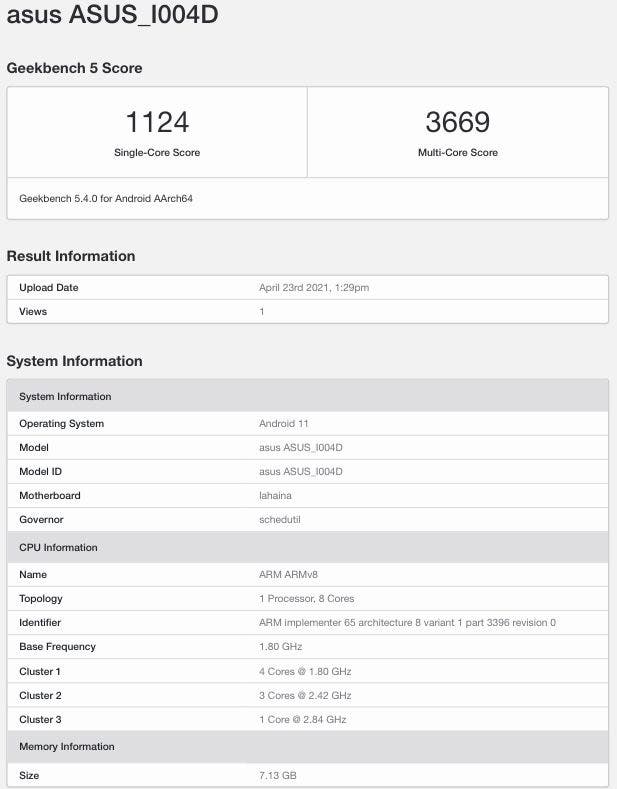 Earlier rumours have suggested that the series will bring a ZenFone 8 Mini for those who are a fan of compact smartphones. However, the mini version would still be powered by the flagship Snapdragon 888 chipset without compromises. Last but not least, the series is also said to bring a 120Hz display and a PTZ camera.

Let us know what you think about the upcoming ZenFone 8 series on our Facebook page. Stay tuned to TechNave.com for more smartphone leaks.