If you're an ASUS fan, you should have heard some news that a new ASUS Zenfone 8 is releasing soon. As usual, rumours are bound to leak and we just got ourselves some news about the Zenfone 8 Flip and Zenfone 8. Let's check out what they have to offer.

Thanks to the image leaks by 91mobiles.com, we get to see the how the two Zenfone models look like. The Zenfone 8 Flip still looks similar to the predecessor and yes, it seems that the Flip name moniker is official (but we shall see). In case you have forgotten, the rear camera can be 'flipped' to the front as a front camera like. 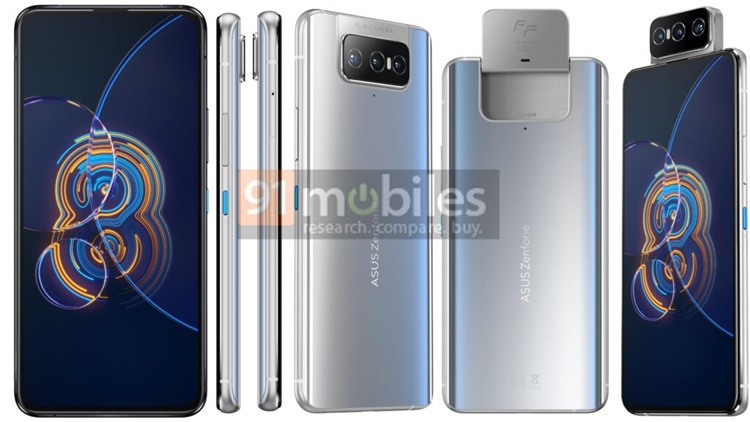 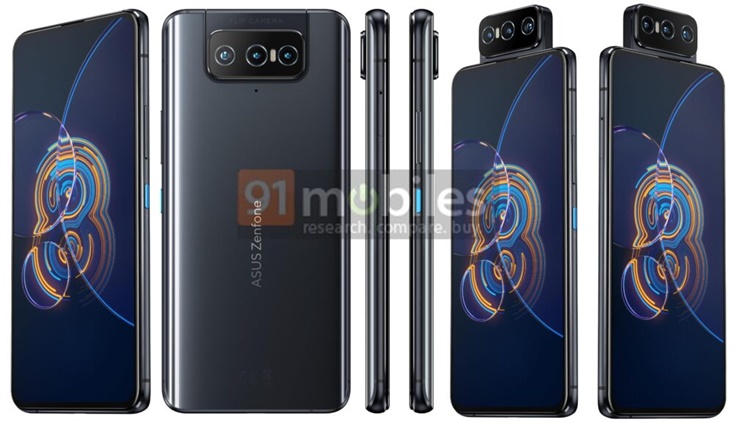 In terms of tech specs, the Zenfone 8 Flip is the superior model to the Zenfone 8 (more on that later). Sources claimed that this phone features a Snapdragon 888 chipset, 8GB of RAM, 256GB internal storage and a rather big 5000mAh battery with 30W fast charging. It could also feature a 6.67-inch FHD+ AMOLED display that supports a 90Hz refresh rate. And finally, the motorized flipping camera consists of a 64MP (main) + 8MP (telephoto) + 12MP (macro) setup.

As for the Zenfone 8, there won't be a flipping camera on this one and goes for the normal look. It has a dual rear camera setup (64MP + 12MP) but no word on the punch-hole front camera. The display is shorter too measuring at 5.92-inches in FHD+ resolution. Despite being the lesser version, it could also sport a Snapdragon 888 chipset alongside an 8GB + 128GB memory configuration and a 4000mAh battery with the same charging speed. 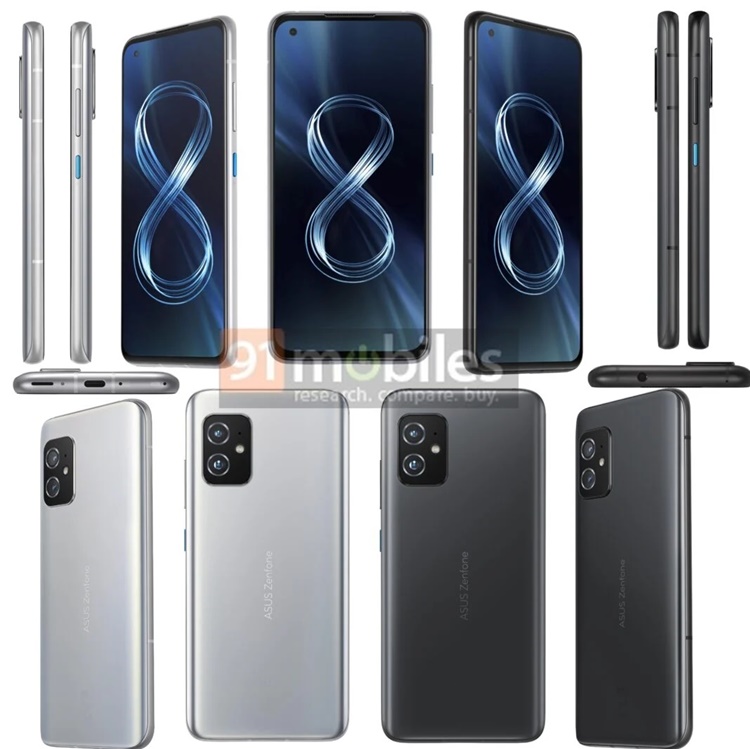 Of course, these are just online leaks so do take them with a pinch of salt. Until then, we will just wait for the official announcement by ASUS. Stay tuned for our official news coverage at TechNave.com.