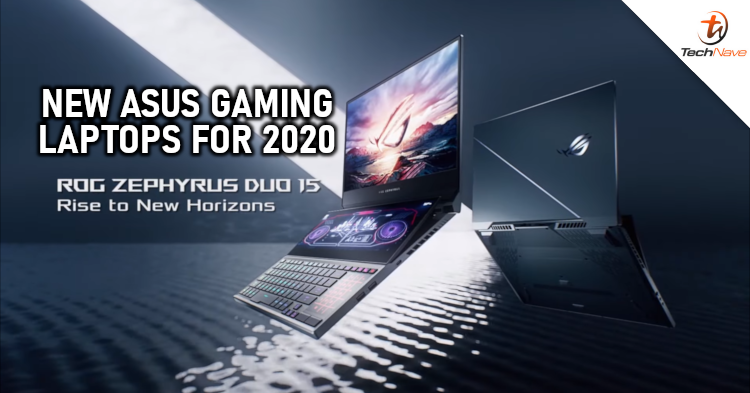 ASUS has officially unveiled several new additions to existing laptop lineups such as the TUF series, ROG Strix series, as well as the ROG Zephyrus series for the year of 2020. All the laptops that are mentioned below will come with notable tech specs such as a 300Hz monitor, up to an RTX 2080 Super graphics card as well as a 10th generation Intel Core series processor.

Starting off with the ASUS TUF series, it consists of two new laptops including the TUF Gaming F15 FX506, as well as the TUF Gaming F17 FX706 gaming laptop. Both the laptops come equipped with an Intel Core i7-10875H processor, GTX 1660 Ti graphics card, and it supports up to 32GB of RAM. As for the display, the aforementioned laptops come equipped with up to 17.3-inch IPS FHD display with a screen refresh rate of up to 144Hz. Feature-wise, they’re both MIL-STD 810H certified and Wi-Fi 6 which is capable of achieving download speeds that are significantly faster than the Wi-Fi 5 standard.

They’re all equipped with up to a 17.3-inch IPS G-SYNC display with up to 300Hz refresh rate. In terms of the features, it comes with per-key RGB as well as Keystone 2 which allows you to quickly transfer your settings from one compatible laptop to another. 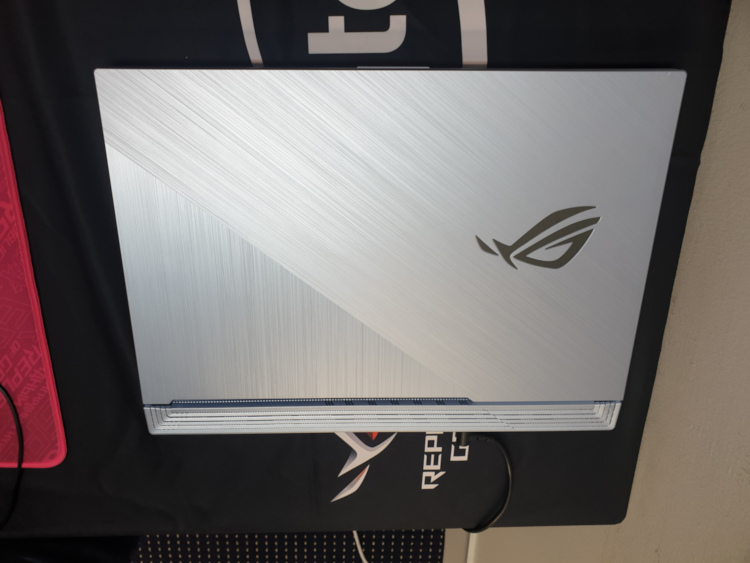 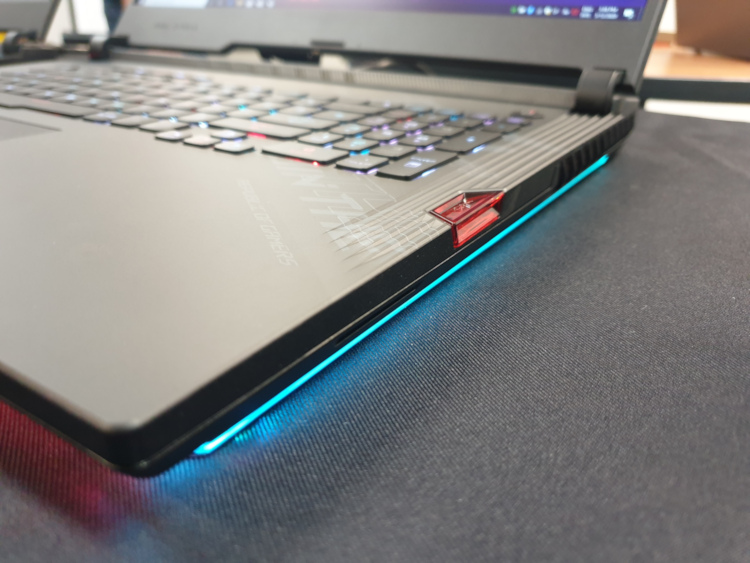 That red thing is the keystone 2!

Last but not least on the list, is the ASUS ROG Zephyrus series, which is comprised of 4 new laptops such as the Zephyrus S15 GX502, Zephyrus S17 G712, Zephyrus M15 GU502, and lastly, the Zephyrus Duo 15 GX550. Tech spec-wise, the laptops come with up to a 10th Generation Core i9 processor, RTX 2080 Super graphics card and it supports up to 32GB of DDR4 RAM.

The Zephyrus series laptops are equipped with up to a 17.3-inch IPS G-SYNC display with up to 4k resolution and up to 300Hz screen refresh rate. Furthermore, the displays are Pantone validated, which makes it suitable for colour accurate workloads. Unlike the rest, the Zephyrus Duo 15 GX550 has a secondary 14.1-inch display with a screen resolution of 3840 x 1100, which is great for multitaskers.

Unlike the previous implementation of the secondary screen found on the ZenBook Duo, the Zephyrus Duo 15's secondary screen can be flipped up in order for the user to have a better viewing angle. Furthermore, it also function as a touch display which allows you to interact with the laptop via touch or stylus. 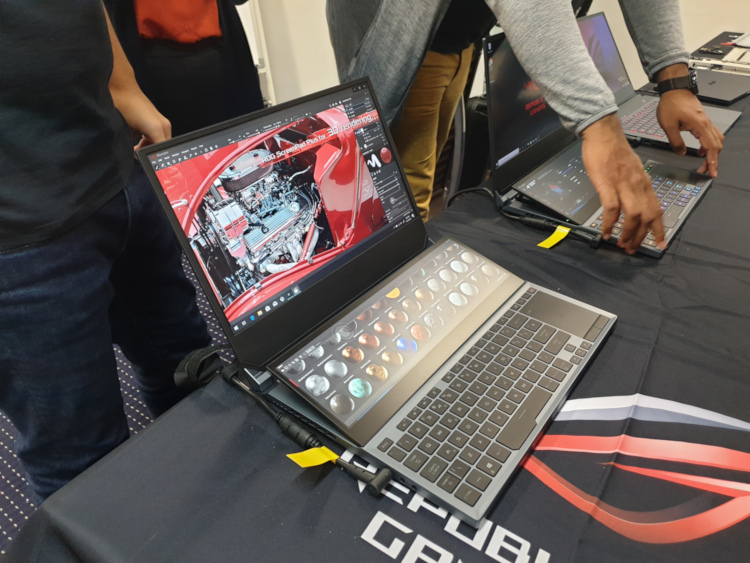 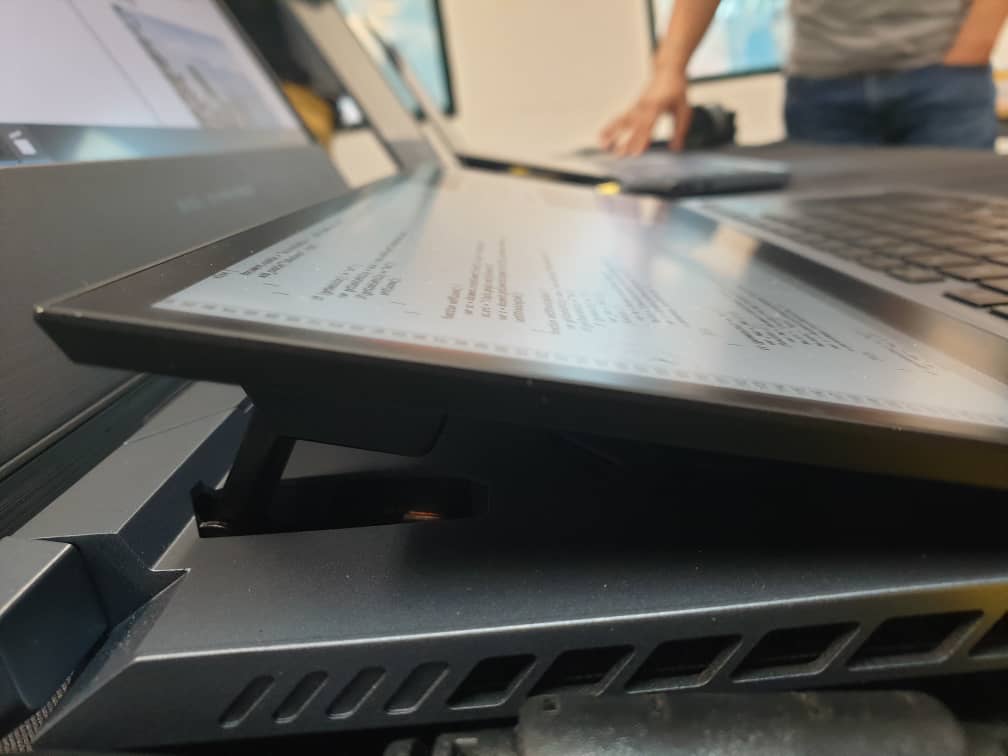 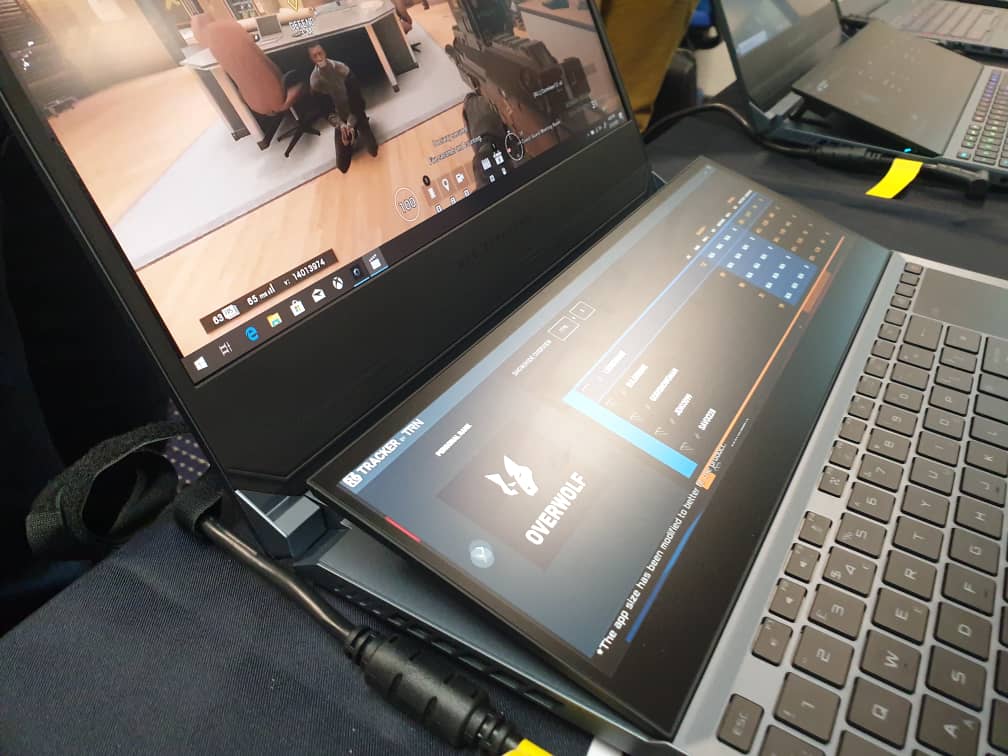 If you look closerly, you can see that it has a matte finish

With all that said, what are your thoughts on all the laptops mentioned above? Let us know on our Facebook page and for more updates like this, stay tuned to TechNave.com.