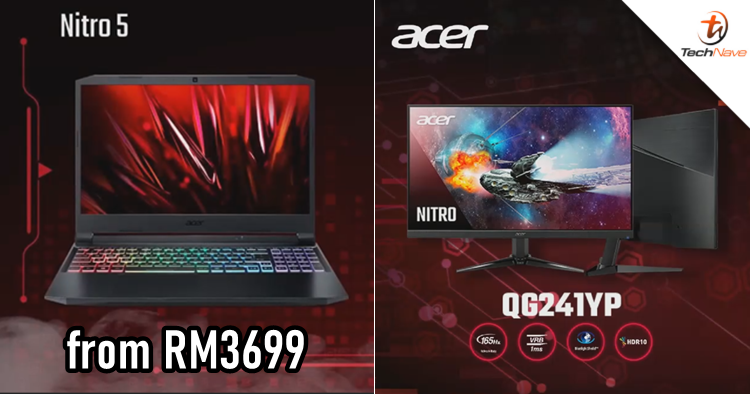 Today, Acer Malaysia announced not one, not two, but six new Nitro 5 models using the latest AMD Ryzen 5000 series mobile processors. Previously, the Nitro 5 Intel model was first released in Malaysia for RM5499 (read more about it here) but is there any more differences? Read on below to check out all the six new Nitro 5 AMD models.

As you can see from the chart below, the differences between each model are based on the processors, GPUs, RAM power and storage space. The only thing that remains the same is the screen panel, measuring 15.6-inch IPS in QHD 2560 x 1440, 165Hz refresh rate and sRGB 100% support. The battery feature wasn't mentioned but it should be the same for all models. Below are all the six new Nitro laptops with the model name and availability. 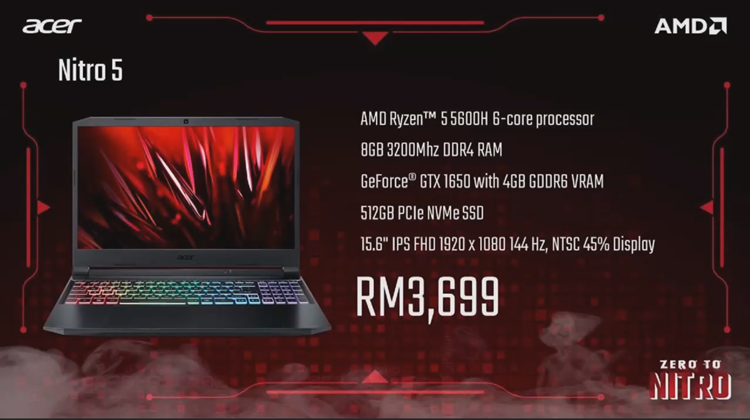 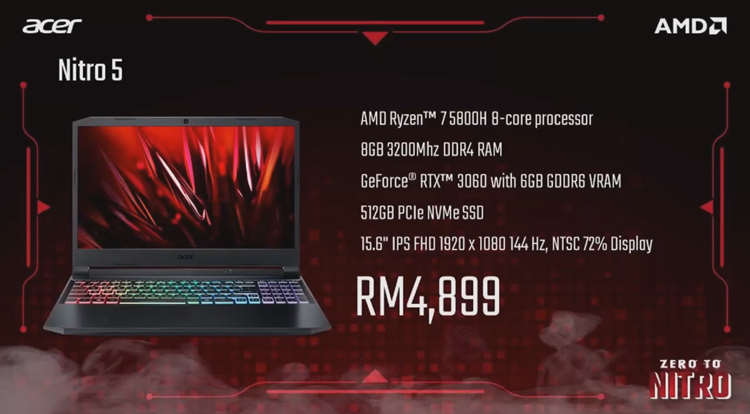 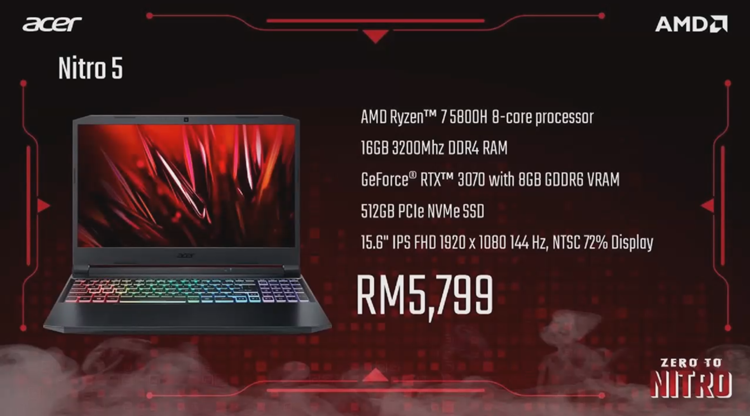 With three different pre-order promotions, nearly RM1000 worth of merchandise and an additional RM100 off can be granted from the Acer Official Store in Shopee. Regardless of the pre-order phase, customers who purchase any of these devices will be entitled to redeem free gifts, including up to RM200 worth of Touch 'n Go eWallet or Boost credit at a-redemption.com. Every submission throughout the three phases will stand a chance to win a #CreateYourDreamSpace makeover by Woody Lab worth up to RM21,000 each for 3 categories which are Productivity, Learning and Gaming.

On top of that, Acer Malaysia also announced a new gaming monitor that features a 165Hz refresh rate (native) and 1ms response time. The QG241YP monitor sports a 23.8-inch VA panel and has BlueLight Shield pre-installed to protect your eyes for long periods. HDR10 is onboard as well and for a limited time (14-16 April), its promotion price is RM699 only (originally RM749). 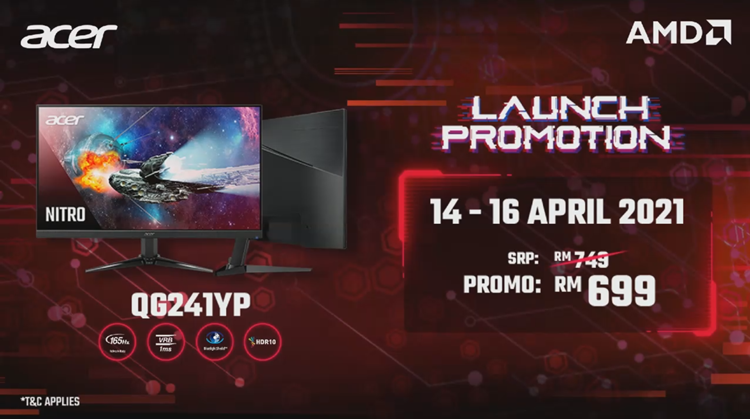 Due to the current pandemic period, Acer Malaysia is also inviting the public to have a VR experience with the devices on www.zerotonitro.my. All you need to do is sign in as an 'agent' and it's best experienced on a mobile phone. There are some prizes to be won as well such as the Nitro gaming monitor, t-shirts, and gaming peripherals (keyboard, mouse and a headset). Stay tuned for more official local tech deals at TechNave.com.