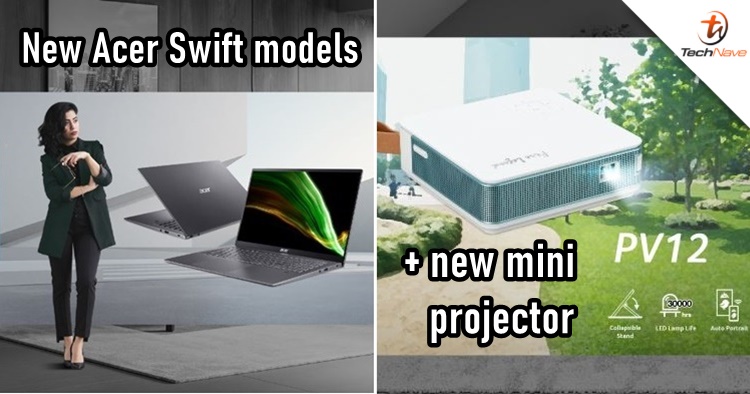 While kicking off the annual Acer Day campaign, Acer Malaysia also announced a bunch of gadgets during the event. There are new editions of the Acer Swift 3 and Swift 1, as well as a new mini projector called the AOpen PV12.

Starting with the Swift 3, it comes with a bigger 16-inch FHD IPS display and a 100% sRGB colour gamut. The interior tech specs also come with up to 11th Gen Intel Core i7-11370H processor, 512GB PCIe NVMe SSD and up to 16GB of RAM. As for the Swift 1, it is now updated with the latest Intel Pentium Silver N6000 processor, 4GB of RAM and 256GB SSD. Both the Swift 3 and Swift 1 come with pre-installed Microsoft Office Home & Student 2019 as well. From 3 August onwards, both laptops are available at all Acer official online stores and Acer authorized resellers stores nationwide. 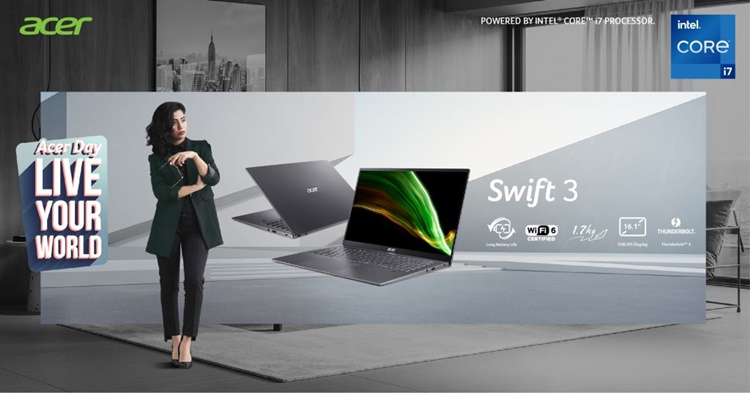 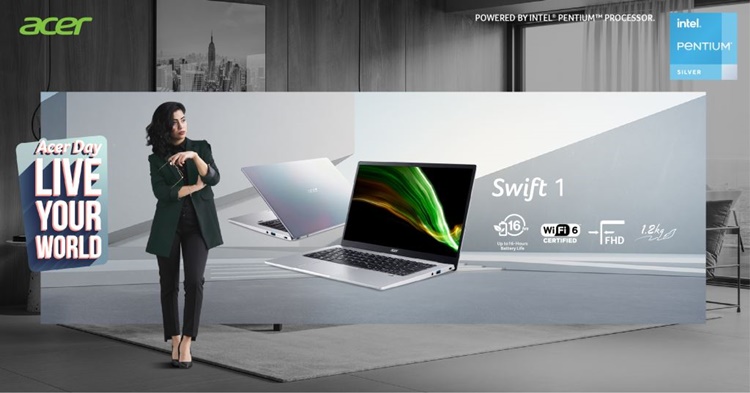 The Swift 1 is priced at RM2099, while the 16-inch Acer Swift 3 comes with two variants which are powered by 11th Gen Intel Core i7 and Intel Core i5, priced at RM4599 and RM3699 respectively. During the Acer Day x Shopee Superbrand Day, the Swift 3 will be shipped with a free Gateway Pro Wireless Headset worth RM239. The new Acer Swift 1 also offers a RM100 discount and a free Acer E300 Trueharmony Earphones worth RM199 during the special two-day period.

On the other hand, the AOpen PV12 is a new mini aforementioned projector. Measuring less than 4cm in height and weighing 440g, it has a battery life of up to 5 hours and it is equipped with LED with 700 lumens brightness. According to Acer, its durability lasts up to 30,000 hours long lifespan. It is now available at all Acer official online stores and Acer authorized resellers nationwide, it retails at RM1099. During the Acer Day x Shopee Superbrand Day, limited units of AOpen PV12 will be priced at RM909 under shocking sales, while any purchase with standard retail price will be rewarded with a Gateway Pro Wireless Headset worth RM239.

Just for your information, there are a couple of participating stores during the promotion period (3-4 August 2021). You can check them out below as reference: