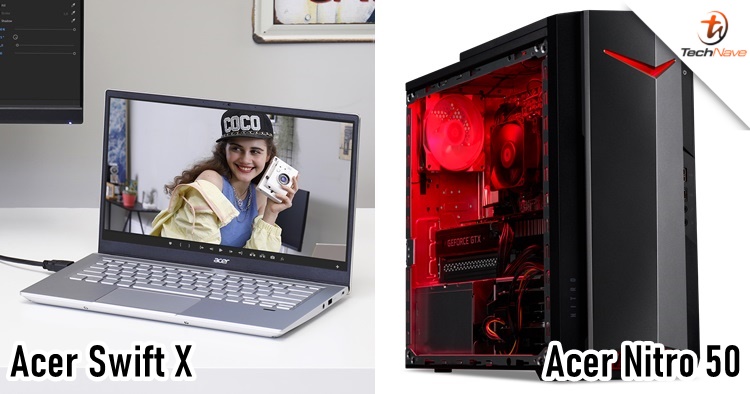 Back in the middle of 2021, Acer Swift X and Acer Nitro 50 were introduced but not in the Malaysian market until now. So today, Acer Malaysia has officially announced the two laptops' arrival from a starting price of RM4299 starting from 6 October 2021 onwards.

To recap the tech specs, the Swift X is powered by up to AMD Ryzen 7 5800U processor and NVIDIA GeForce RTX 3050 Ti with 3rd Generation Max-Q technology. There are two variants - an AMD Ryzen 7 and AMD Ryzen 5 retailing for RM4999 and RM4299 respectively. The memory configuration is as impressive as well, with up to 16GB of LPDDR4X RAM and 512GB PCIe NVMe SSD.

Weighing at just 1.39kg, it comes with a fast-charging 59W battery and offers up to 17 hours (results may vary depending on usage). The IPS display may be just 14-inches, but it supports a 100% sRGB colour gamut and 300nits brightness. To celebrate the arrival, any purchase of Acer Swift X from 6 October until 20 October 2021 at Acer Shopee Flagship Store and Acer eStore will be entitled to purchase a Logitech MX Anywhere 3 mouse for 50% off, at RM199. It will be available at all Acer official online stores and Acer authorized resellers nationwide beginning 15 October 2021. 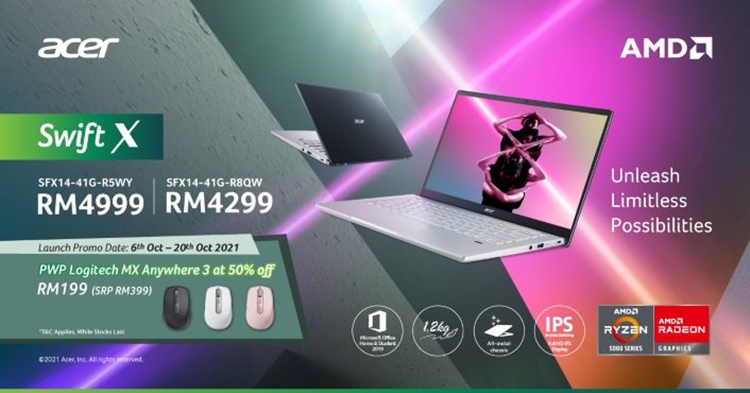 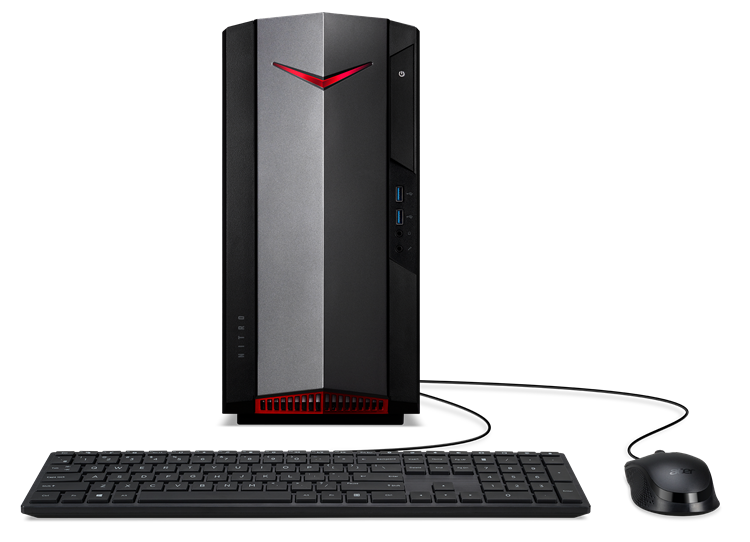 As for the Acer Nitro 50, it comes with either AMD Ryzen 7 and AMD Ryzen 5 with up to NVIDIA GeForce RTX 3060 Ti GPU. Although the default memory is 8GB of DDR4 RAM and 1TB M.2 PCIe NVMe SSD, the laptop is upgradeable thanks to the additional memory slots. Coming with 3 years onsite warranty, it will be available at all Acer official and authorized reseller stores nationwide starting from 10 October 2021, in three variants:

Customers who purchase Acer Nitro 50 with AMD Ryzen 5000 series processors through Acer eStore or Acer Flagship Store on Shopee on 10 October 2021 will be entitled to receive gifts worth up to RM278, which include a Predator Galea 311 gaming headset and a Predator Gaming Urban Backpack.