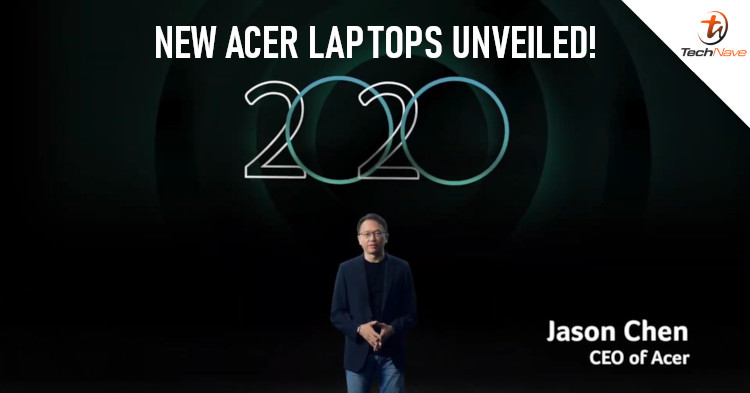 Acer has officially unveiled several new laptops to their Swift, Spin, Aspire, Chromebook series lineup, as well as the Porsche Design Acer Book RS during the online launch which happened recently. Unfortunately, there's no official information in terms of the local pricing and exact availability date for all the laptops mentioned, so you might want to stay tuned until we received more info from Acer Malaysia.

To go into more detail, the new Swift 3X comes equipped with an 11th Generation Intel Core processor as well as the Intel Iris Xe MAX graphics processor which content creators can utilize to create videos and complicated graphic elements, as well as light gaming. Acer mentioned that the laptop only weighs in at 1.37Kg but it’s able to last up to 17.5 hours on a single charge, depending on what kind of application is being used. But that’s not all, the laptop is efficient enough that it’s able to last up to 4 hours of use with just 30 minutes of charging. As for the new Spin series laptop, has up to an 11th Generation Intel Core i7 processor along with the Iris Xe Graphics processor, as well as a touchscreen display.

It weighs in at only 1.2Kg and it is about 14.9mm in thickness, which makes it great for those who are constantly on the move as it is extremely portable. Just like its predecessors, the new Spin model comes equipped with the 360-degree hinge, allowing it to be used as either a laptop or a tablet alongside the Active Stylus with Wacom AES technology. 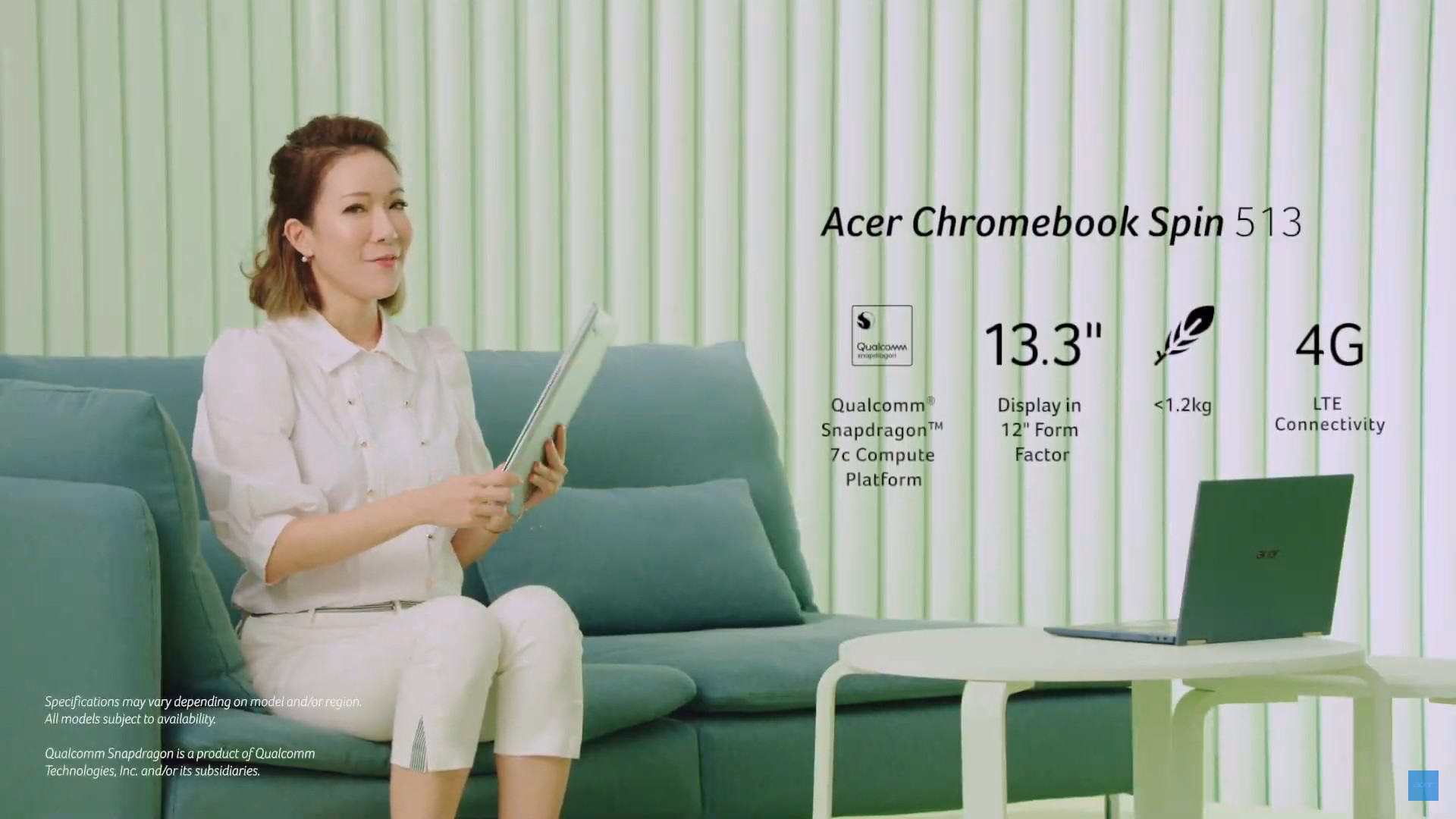 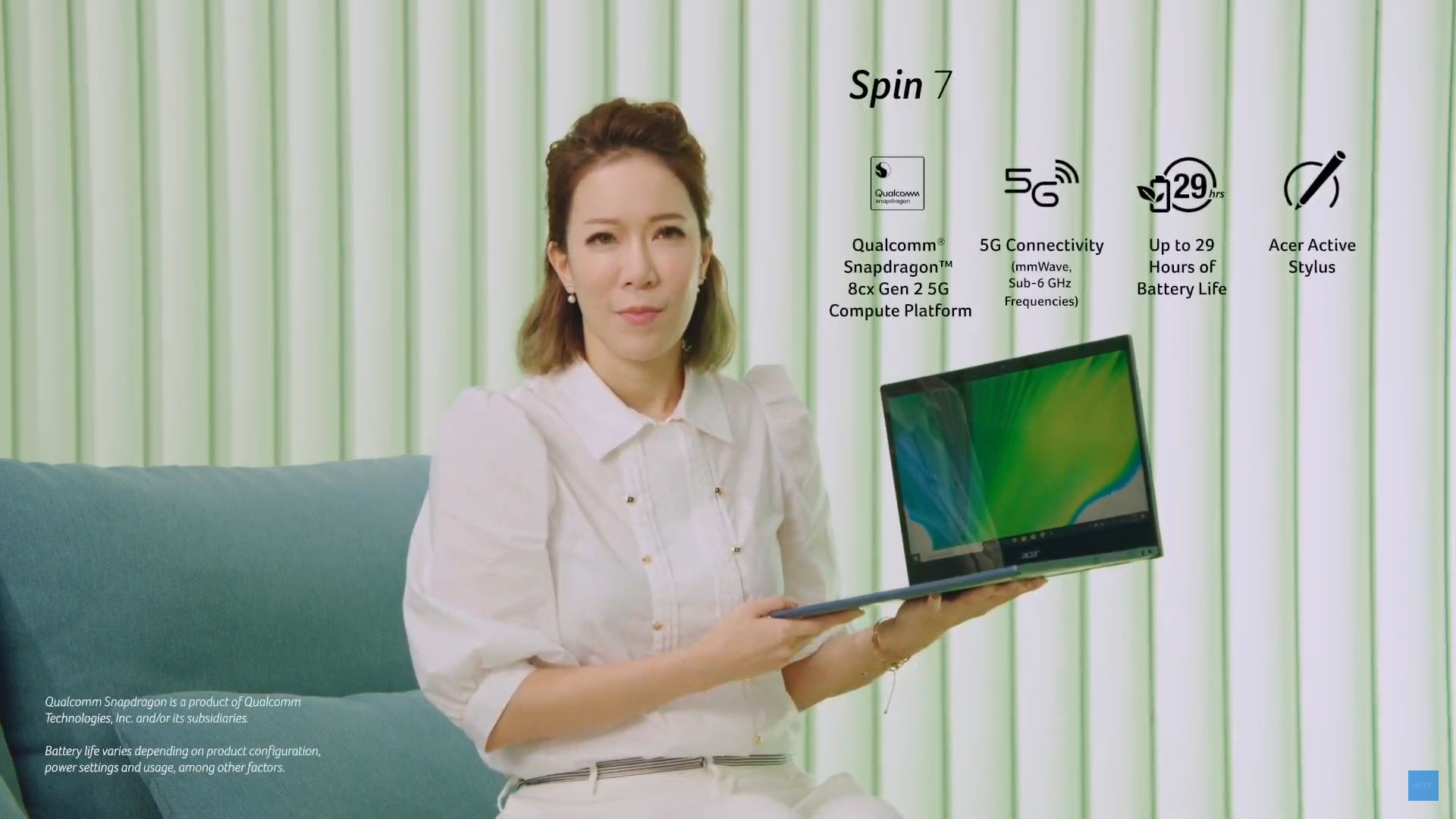 Acer also unveiled the Chromebook Spin 513, as well as the Acer Spin 7, which not only comes with the 360-degree hinge mentioned above and more, but they both also come equipped with up to the Qualcomm Snapdragon 8cx Gen 2 5G processor instead of an Intel processor. But that’s not all, the chassis, as well as the display, were treated with Antimicrobial solution, which is effective at eliminating bacteria that are living on the surface of the product.

Onto the Aspire 5, which not only comes with an 11th Gen Intel Core processors and Iris Xe graphics but also an optional Nvidia Geforce MX450 graphics processor for more processing power in terms of graphics. In addition to that, you’ll be able to get up to 24GB of DDR4 RAM, as well as up to 1TB M.2 SSD and 2TB HDD Storage. 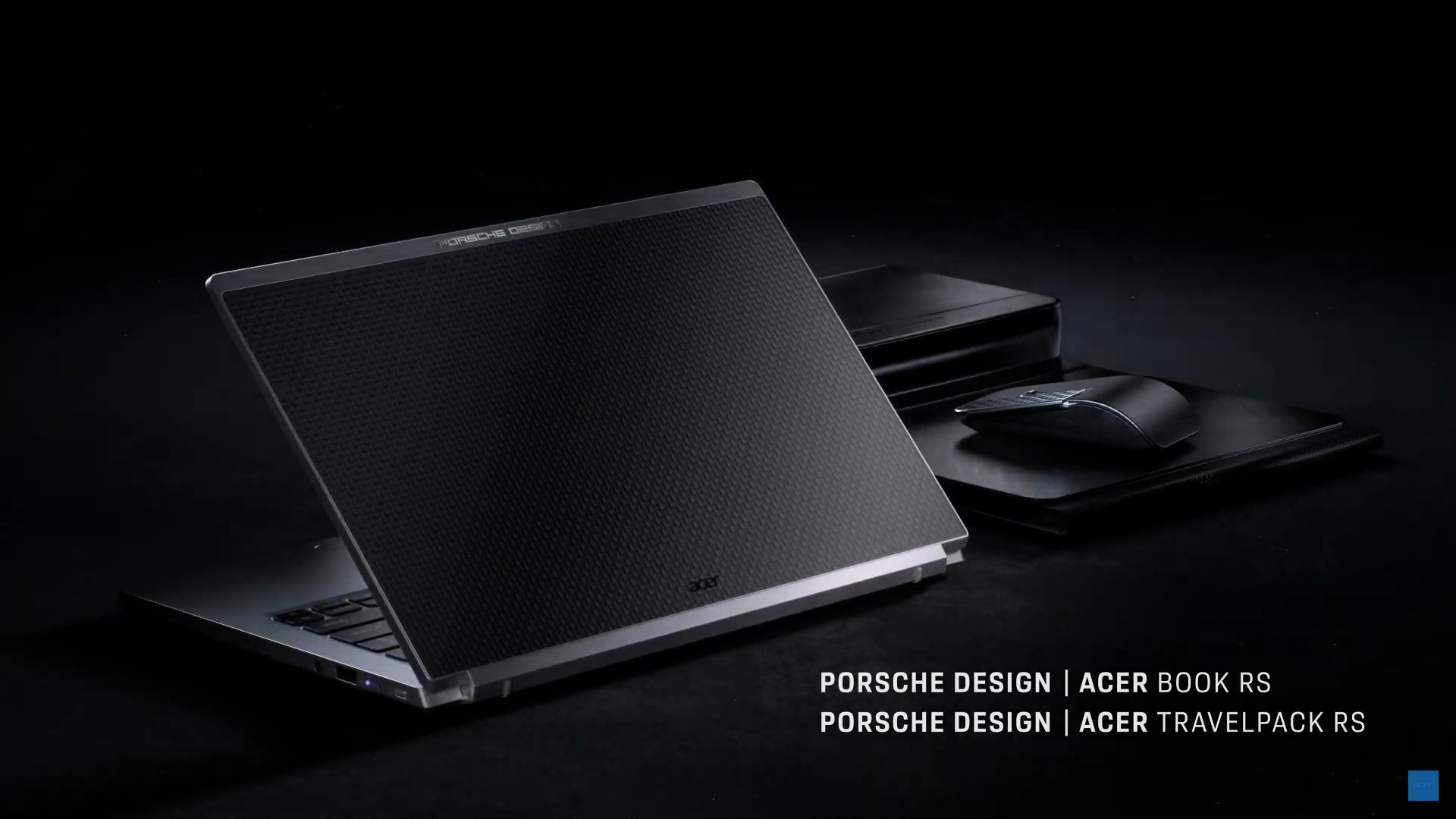 Last but not least, in collaboration with Porsche Design, Acer also unveiled the Porsche Design Acer Book RS which combines performance as well as a luxurious looking chassis in a portable laptop. The laptop has a compact all-metal chassis along with a carbon fibre cover, 11th Gen Intel Core i7, up to 16GB RAM, as well as the MX350 graphics card.

Furthermore, the Porsche Design Acer Book RS is also Intel Evo platform certified, ensuring that the user experience stays responsive while maintaining a weight of just 1.2Kg. With all that said, what are your thoughts on all the laptops unveiled by Acer? Let us know on our Facebook page and for more updates like this, stay tuned to TechNave.com.