Current Location: Home > News > Always wanted to fast-forward or rewind in the YouTube app? You can double-tap to do so now!

Always wanted to fast-forward or rewind in the YouTube app? You can double-tap to do so now! 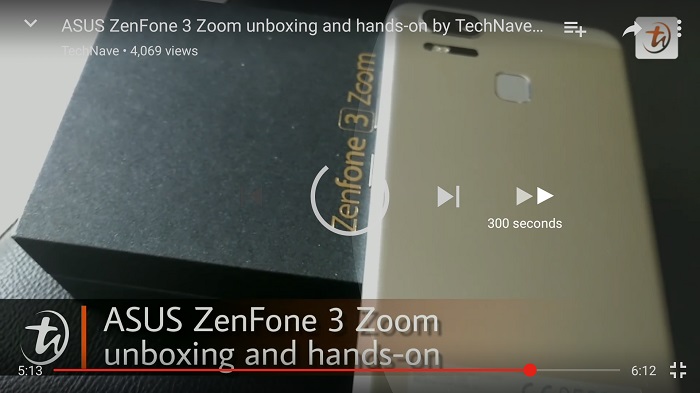 If you are accustomed to using YouTube on your PC browser, chances are, you had already known that you can fast-forward or rewind your videos using the convenient keyboard shortcuts or arrow buttons. Had you wondered when would you get the same functionality on the mobile app for Android or iOS instead?

Well, it looks like you can now do so on the updated YouTube app. And it's very straightforward too! Play the video in full-screen mode, and double tap on either the left side of the screen to rewind, or on the right side of the screen to fast-forward. Each double tap allows you to gain or rewind 10-seconds, multiple taps increases the jump in 10-second increments, which mean you could fast-forward or rewind in 10-seconds, 20-seconds, 30-seconds and so on. (We've personally tried up to 300-seconds, but it does take a lot of double-tapping) How do you like this new feature? It is useful for you? Or you could live without it? We find it a pretty useful feature, especially when watching longer videos so we don't have to blindly jump forward using that often tiny and fiddly timeline!