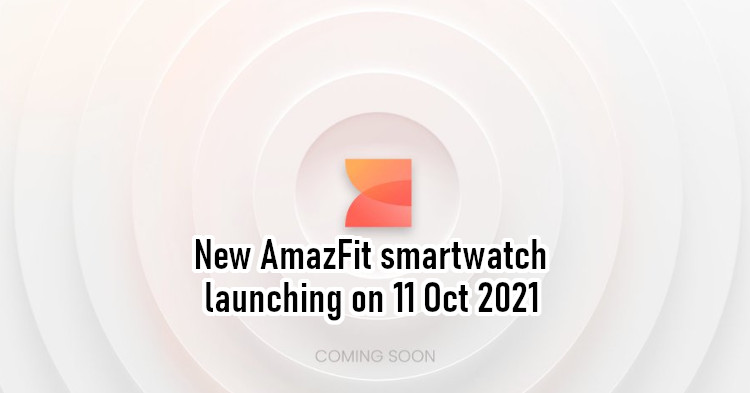 With so many companies making smartwatches these days, it's hard to stand out from the crowd. You've probably heard of AmazFit a few times, as the company has a small presence in Malaysia. Well, the company is promising some new things for its next smartwatch.

In a series of Twitter posts, AmazFit confirmed that it would be hosting a launch on 11 October 2021. It's expected to feature a new operating system that will be more user-friendly and make smart health easier. The company didn't show any design or renders for the upcoming smartwatch, but did confirm that a few features.

Measure heart rate, blood-oxygen, stress level and breathing rate, all at once. You only need one tap to see how fast it will be! #Amazfit #UpYourGame #NewArrival #healthmanagement pic.twitter.com/4SX1fdGihm

Specifically, the new smartwatch will let users monitor their heart rate, blood oxygen, stress levels, and breathing rate. On top of that, you can do those "all at once" with "one-tap measuring". This suggests that there will be a button (physical or virtual) that you can tap, then have the OS generate a summary of the relevant data.

We're not sure when AmazFit plans to launch it here. But we're expecting AmazFit Malaysia to make a local announcement soon, so stay tuned to TechNave for more updates on that.