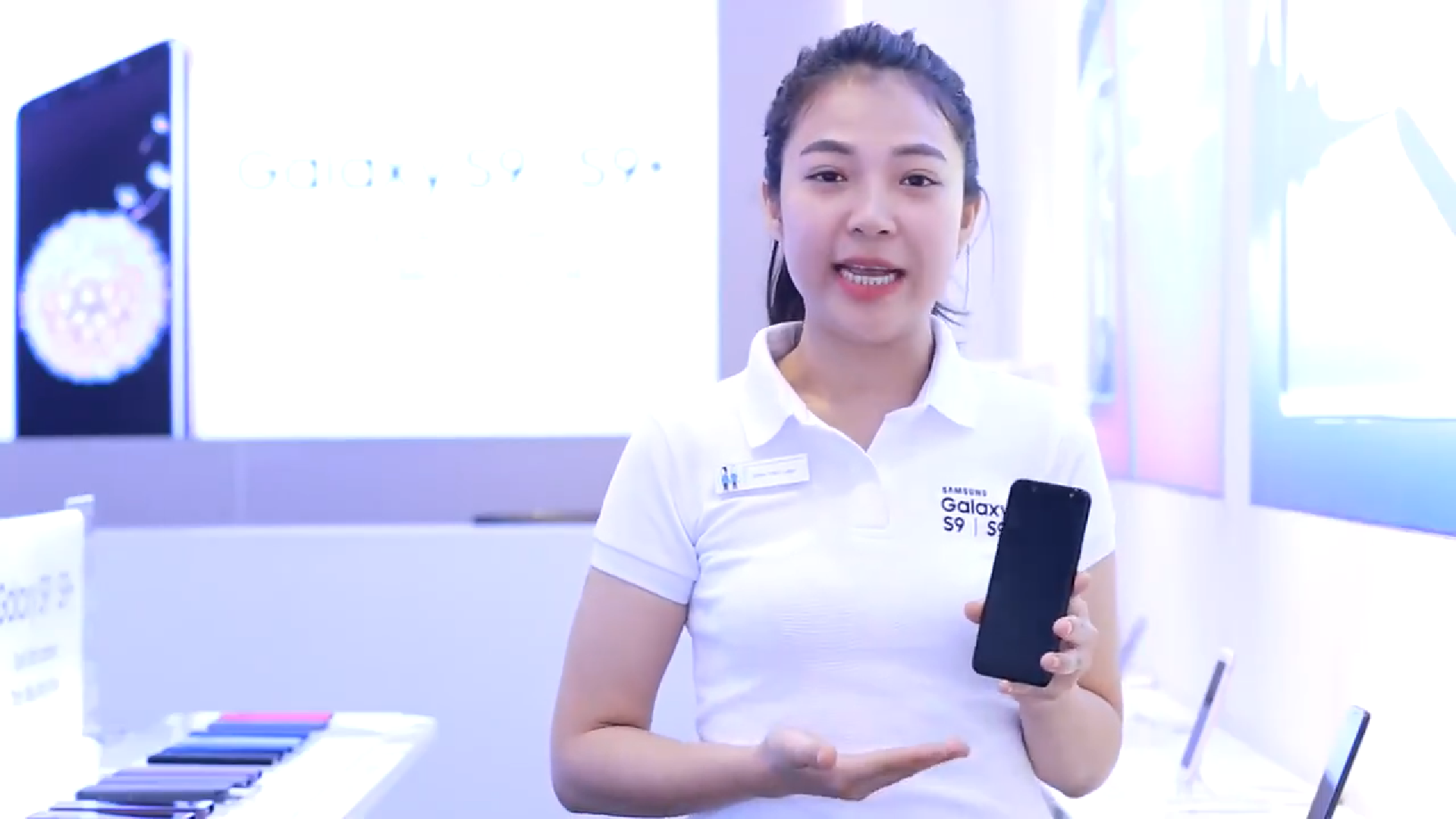 Of all the places, the Samsung Galaxy A6 (2018) smartphone wasn't announced in South Korea nor any Western countries, but Vietnam and although it's not really official, the demonstration from a Twitter account looks quite legit. Here's what we know about the tech-specs mentioned in the video.

While we have completely no clue on what the lady was saying (hey, it's Vietnamese), they were kind enough to put some subtitles text on the video. The first thing they showed was the phone sporting a 16MP camera sensor on the front and back with an aperture of f/1.9 and f/1.7 respectively. Then the next thing she showed was AR Stickers, which obviously suggests that the Galaxy A6 (2018) will be focused as a selfie device, as well as having an in-built bokeh effect software for your photos. The LED flashlight seems to be one of the highlights too.

Moving on, the body will have a 2.5D glass and the display is using a 5.6-inch HD+ Super AMOLED panel. There's also a split-screen function and it's been revealed that the screen-to-body aspect ratio is an 18:5:9. It even has a slow-motion feature and seeing these confirmed specs, the Galaxy A6 (2018) looks pretty premium as a selfie device. Besides that, rumours have it that the selfie device will feature an Exynos 7870 processor and a 3GB or 4GB of RAM.

What do you think of the phone? Stay tuned for more Samsung news at TechNave.com.