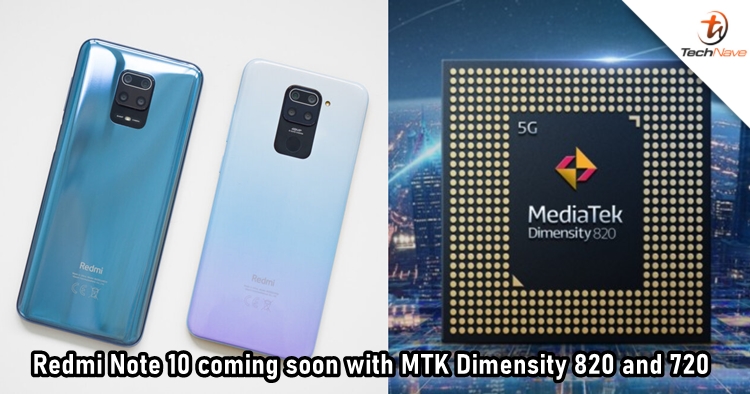 The source claims that the Redmi Note 10 might arrive as a series that brings both standard and Pro variants. Other than that, it also adds that the device with Dimesity 720 might be launched as Redmi 10 instead. Besides the chipsets, the Redmi Note 10 will be coming with 5G capabilities as well as spotted on Geekbench earlier.

The Redmi Note 10 is not the first Redmi phone that comes with Dimensity 820, as the Redmi 10X 5G was launched with it exclusively in China. However, the brand might be pushing the Note 10 that comes with the chip to the global stage this time.

Let us know what you think about the Redmi Note 10 phones on our Facebook page. Stay tuned to TechNave.com for more exciting smartphone news.