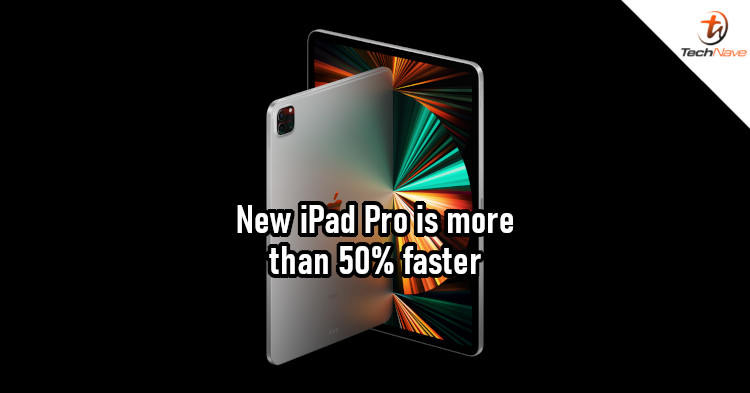 Late last month, the new Apple M1-powered iPad Pro was announced for Malaysia. Like its laptop counterpart, the new chipset was expected to bring some serious performance gains to Apple's tablet. But how much of an improvement are we talking about?

Well, according to MacRumors, the new iPad Pro performs more than 50% faster than last year's model. This percentage is calculated based on the benchmark scores for both models in Geekbench 5. The new model managed 1719 points on single-score and 7326 for multi-core. On the other hand, last year's model averages at 1121 points and 4656 points, respectively. In fact, that score puts it above the Intel Core i9-powered MacBook Pro 16-inch, which scored 1091 points for single-core and 6845 points for multi-core. Of course, boosted performance is not all that the iPad Pro 2021 has going for it. The new model also features a new Liquid Retina XDR Display, studio-quality mics, and a LiDar sensor.

If you're interested, you find out more about it from Apple Malaysia's website. But with that said, do you have plans to buy the latest iPad Pro? Let us know in the comments, and stay tuned to TechNave to find out when it would start shipping.