Today, the main highlight of the Apple Event was none other than the new revamped MacBook Pro as expected. Not only did it get a slightly new design but it also has two brand new chipsets that may be too overpowered. Read on below to read about the new tech specs and features.

Available in both 14-inches and 16-inches, the MacBook Pro features a new M1 Pro and M1 Max chipset in a 5nm process. Both of these chipsets are the successors of the already powerful M1 chipset, offering even more powerful performance with up to 32GB and 64GB unified memory respectively. While both chipsets have a 10-core CPU, it's the GPU that went nuts with a 16-core and 32-core respectively to cope with intense graphics video work remotely. 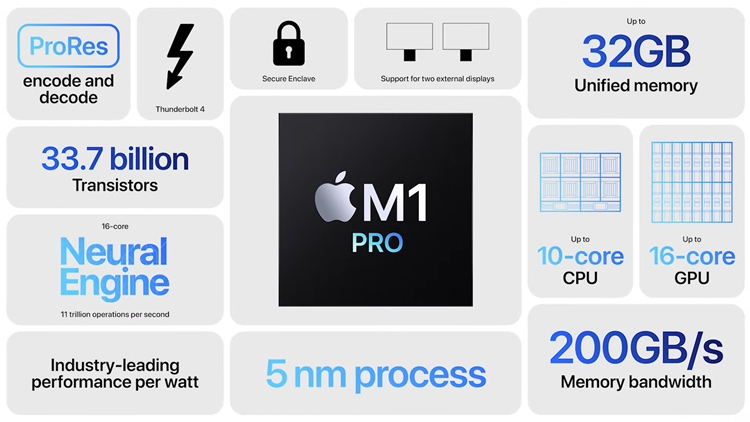 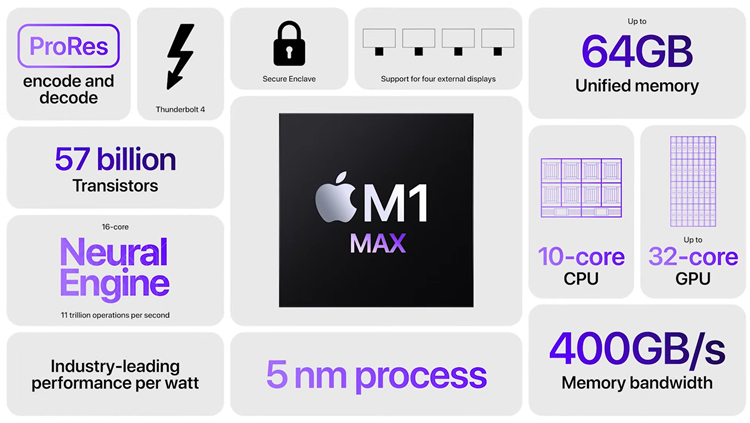 With the new chipsets in hand, you could say the new MacBook Pro was designed to tackle ProRes video editing from the latest iPhone 13 series in both encoding and decoding. The 16-core Neural Engine is still present which is able to process 11 trillion operations per second. Apple said the M1 Max chipset has 57 billion transistors and its memory bandwidth reaches up to 400GB/s.

Besides the new chipsets, the MacBook Pro now has a new notch as previously reported from the leaks earlier today. Despite the notch, it made the thinnest bezels to date with just 3.5mm. The notch also now features a 1080p FaceTime HD camera and the Liquid Retina XDR display also supports ProMotion technology (refresh rate not specified). 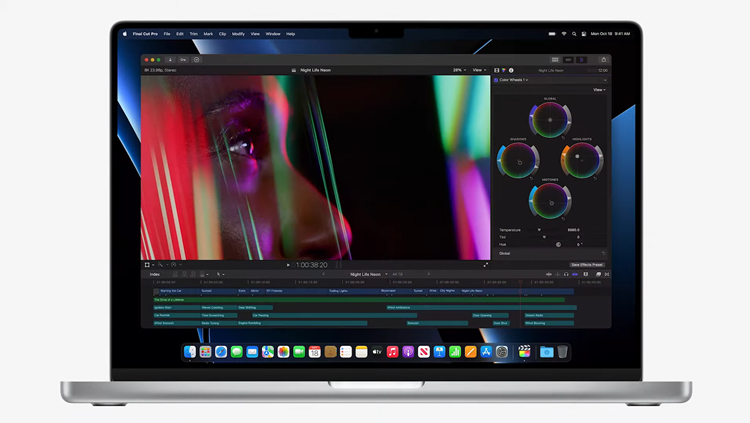 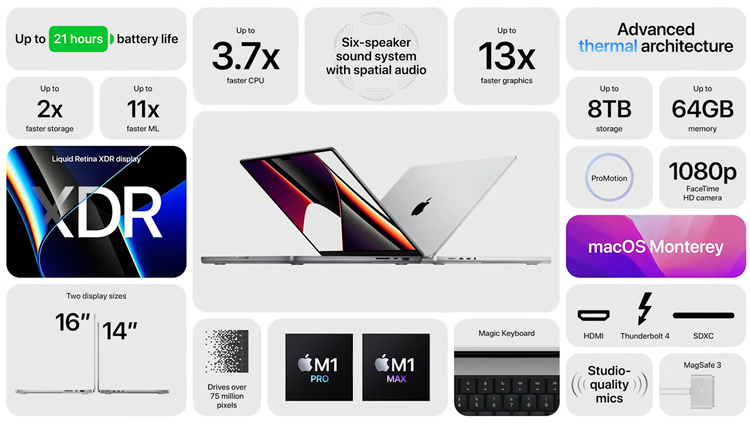 A number of I/O ports are added too which includes a new MagSafe connector, HDMI, Thunderbolt 4 and even an SDXC card reader. There is a total of six speakers with Spatial Audio and its memory goes up to 64GB of RAM and 8TB of internal storage. Advanced thermal technology is pre-installed to handle heat dissipation and finally, the battery life is said to last up to 21 hours via video playback.

For the local price tags, the Malaysian market will be getting these five variants:

The delivery is not available yet so we will have to wait longer for the official launch. Until then, stay tuned for more trending tech news at TechNave.com.