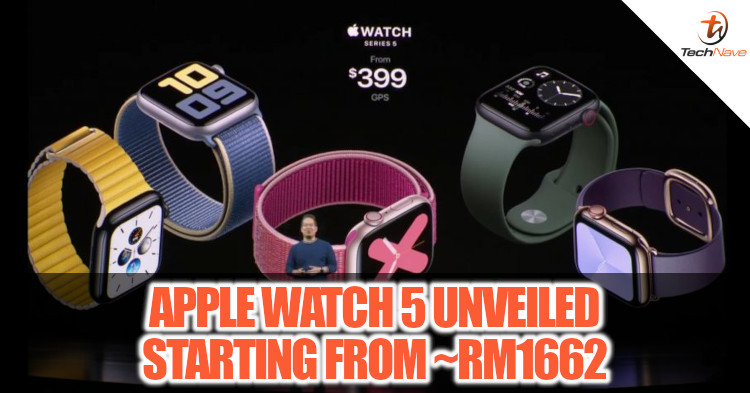 During the launch event, Apple has also unveiled the Apple Watch 5 which comes with various new and upgraded features such as an Always-on Retina Display, Apple Hearing, Apple Women’s Health and more. The watch has two variants which are the GPS, as well as the GPS+Cellular for the price of USD399(~RM1662) and USD499(~RM2079) respectively.

In terms of battery life, Apple mentioned that the Apple Watch 5 is able to last up to 18 hours on a single charge. Not only that, the smartwatch is able to adjust the display all the way down the 1Hz in order to conserve more power.

The watch’s most useful feature would be the emergency contact function, which is used to monitor the user and notify medical officials whenever any form of abnormalities or injuries occur. Apple mentioned that the service is available in up to, or even more than 150 countries worldwide even if the smartphone is not carried by the user.

As of now, there is no official information in regards to the Malaysia release date as well as local pricing of the device mentioned. Would you be interested in owning an Apple Watch 5? Let us know on our Facebook page, and for more updates like this stay tuned to TechNave.com.