Apple and Hyundai are working together again on electric scooter 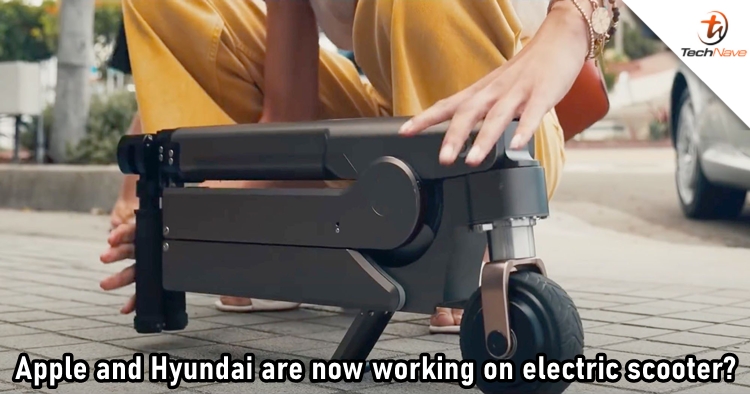 It looks like Apple and Hyundai are back working with each other again for something that is not an electric car. Sources are claiming that the two are now shifting their focus to manufacturing electric scooter which has features that most of us would like to have.

According to an online site named Chosun Biz, Apple and Hyundai had signed a memorandum of understanding (MOU) last year and had agreed to pursue cooperation in eight sectors, including electric vehicles. Therefore, the collaboration between the two has not come to an end yet.

For the electric scooter, it is expected to be something compact as it's able to mount onto a Hyundai or Kia vehicle. According to the company, it can also be charged from electricity generated while driving via regenerative braking. The scooter could sport a tri-folding design as well and features a digital display that shows battery status and speed. Lastly, it is said that electric scooters can be bought at affordable prices nowadays. However, this scooter from Apple and Hyundai would be an appealing one for the market by having those features.

Let us know what you think about the new project from the two companies on our Facebook page. Stay tuned to TechNave.com for the latest tech news.