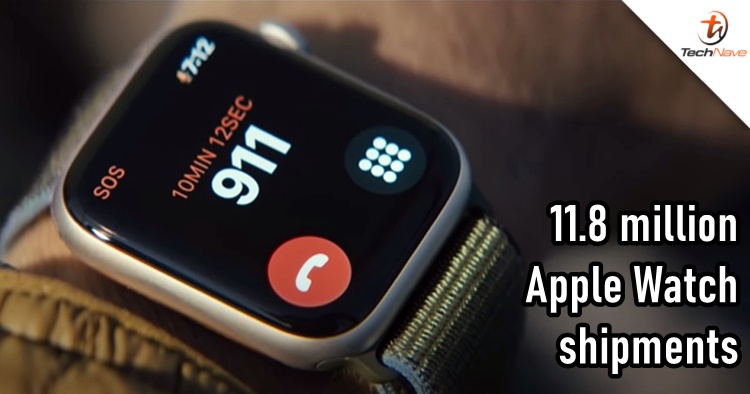 When it comes to smartwatches, there's no doubt that the Apple Watch series is the more popular one. According to IDC, the research firm has recorded that there is a total of 11.8 million shipments as of the third quarter of 2020. Comparing with Q3 2019, it's a 75% increase.

In other words, this is a new record for Apple as they usually don't pass the 9.2 million mark in any previous results. Analysts think this huge boost is likely due to the different Apple Watch variants such as the Apple Watch Series 6, Apple Watch SE and the Apple Watch Series 3. Apple doesn't disclose the exact sales figure but it has been estimated that the company have earned $7.9 billion in revenue just last quarter. 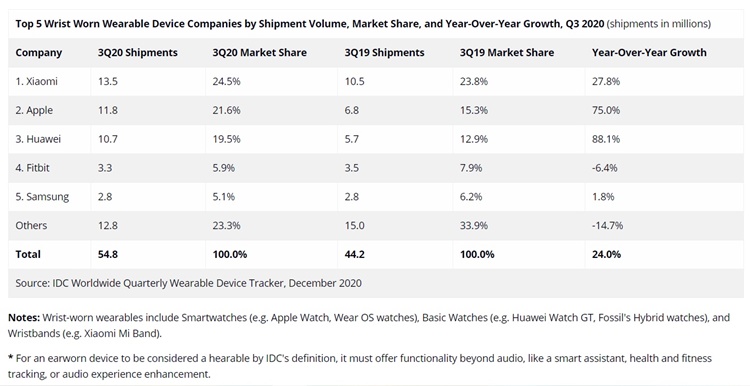 On top of that, IDC also estimated that there is a 33.1% market share on the Apple Watch. Xiaomi came up behind in second place with a 13.6% market share (estimated), this includes all their smartwatches and smartbands. Huawei and Samsung are also mentioned in the report, totalling up to 13.7 and 11.2 million shipments respectively.

You can check out the full report right over here, and which smartwatch or smartband brand is your favourite? Let us know in the comments below and stay tuned for more trending tech news at TechNave.com.