Current Location: Home > News > Apple could plan to expand the Dynamic Island to all iPhone 15 models next year 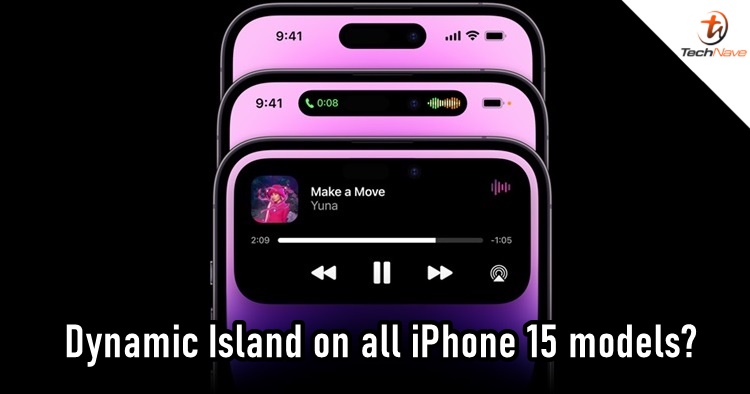 During the iPhone 14 series livestream, the Dynamic Island is probably the most eye-catching feature and arguably the coolest. However, only the iPhone 14 Pro and iPhone 14 Pro Max have the feature. Naturally, it only made us think that next-gen iPhones should have it.

Speaking of that, Apple could very well do that for the iPhone 15 series next year. According to Ross Young, a display industry analyst who has a solid reputation, he said that all four iPhone 15 models should be getting the Dynamic Island. At the same time, he also mentioned that the vanilla models are probably not getting the LTPO 120Hz display due to the supply chain issue.

For your information, the LTPO 120Hz display on the iPhone 14 Pro and iPhone 14 Pro Max allows the phones to automatically adjust the refresh rate from 1Hz to max depending on usage. That said, the display will also be dimmed when left alone, which should help the battery consumption, especially the Always-On Display.

Meanwhile, Dynamic Island is the latest feature by Apple that interacts with the pill-shaped cutout that consists of the Face ID and front camera. Users will be able to see most default Apple apps' notifications such as phone calls, the music player, clocks and others. We expect more third-party developers to take advantage of that.

Obviously, it's still too early for anything about iPhone 15 series. But we think it's possible for all the models to feature Dynamic Island. Stay tuned for more trending tech news at TechNave.com.