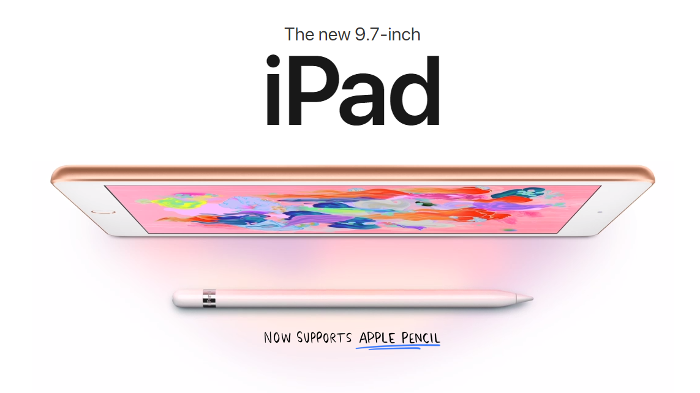 After the Apple Special Event which was held on the 27 March 2018. The Apple 9.7-inch iPad 2018 is now available in Malaysia with a starting price of RM1449 and RM1999 for the 4G model which is slightly cheaper than the previous iPad.

Based on physical appearance the iPad 2018 looks no different from its predecessor. Under the hood, however, it is running on an A10 Fusion chip which provides a significant boost in terms of graphical and computational performance. It is also worth noting that this would be the first of the iPad series other than the Apple iPad Pro to support the Apple Pencil which can be purchased separately for RM419.

For more in-depth information on the Apple 9.7-inch iPad, check it out on TechNave.com