Apple iPhone 9 renamed to iPhone SE 2020, pre-order prepared with up to 256GB space 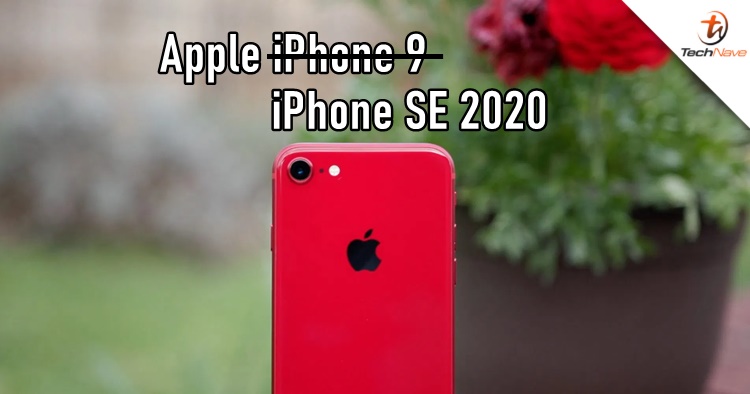 We have been reading a lot of rumours about the Apple iPhone 9 recently. So far, many reports are hinting the device will be released in April 2020 and in this latest one by 9to5Mac, we got new information that Apple may be prepared to launch their pre-orders sooner than expected. At the same time, there is also new information on tech specs and product colours.

According to their trusted sources, this iPhone 9 could be just called the iPhone SE (what lol) but with better hardware. Perhaps from a marketing point of view, it kinda makes sense since people are more familiar with the name rather than the iPhone 9 which could be confusing. In terms of tech specs, the new iPhone SE should be using the same A13 Bionic chipset like the iPhone 11 series. As for memory space, there will be 64GB, 128GB and 256GB variants.

Besides that, Apple Arcade and augmented reality will probably be on board, while the 3D Touch is removed and the Touch ID is making a comeback (we will see). 9to5Mac is also quite confident that the new iPhone SE will come in black, white and the ever-popular PRODUCT (Red). The protective casings seem to be prepared as well, offering black and white silicone, red and black leather, and a rare midnight blue leather too.

Coming to everyone's favourite topic - how much will it cost? It's still too early to say anything, but according to Apple analyst, Ming-Chi Kuo, he said that it could start from $399 (~RM1738). Back in 2017, the old iPhone SE 32GB started from RM1949 so it looks just about right.

But what do you think? Are you looking forward to the iPhone SE 2020? We will be keeping an eye on this one so stay tuned for more Apple news at TechNave.com.