Current Location: Home > News > Apple iPhone SE 3 is said to arrive in the first half of 2022 with A14 Bionic chip 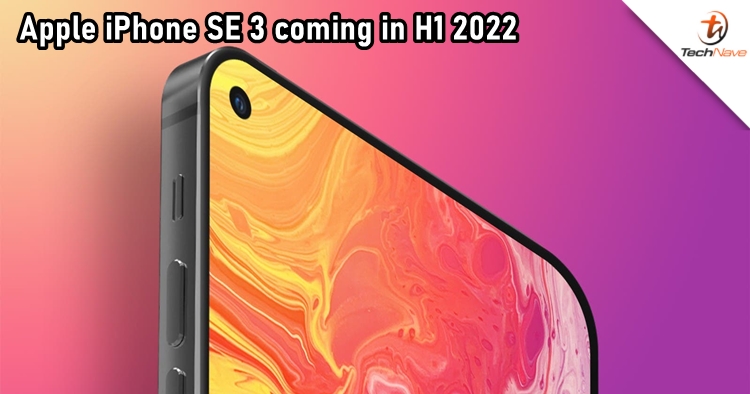 The Apple iPhone SE will get a successor, but it'll only happen next year. However, the upcoming iPhone SE 3 would not feature the latest technology as it's reported to use the A14 Bionic chip instead of the A15 Bionic that is scheduled to be launched together with the iPhone 13 later this year.

Despite that, the iPhone SE 3 could still be a popular device being the cheapest iPhone that offers 5G with the A14 Bionic chip. It's worth mentioning that the information is given by DigiTimes, and it's aligned with reputable analyst Ming-Chi Kuo's earlier comment saying that the new iPhone SE will be "Apple’s cheapest 5G phone ever". Other than having 5G, the iPhone SE 3 is also suggested to continue keeping the home button and Touch ID. For the design, it is said that not much will be changed but there's a chance that Apple will replace the notch with a punch-hole cutout to house the front camera. The iPhone SE 3 is rumoured to arrive in the first half of 2022 and we'll be there in the blink of an eye.

Let us know if you're excited about seeing the iPhone SE 3 on our Facebook page. Stay tuned to TechNave.com for more iPhone updates.