Current Location: Home > News > Apple is short of 6 million iPhone 14 Pro units due to the ongoing protests in China 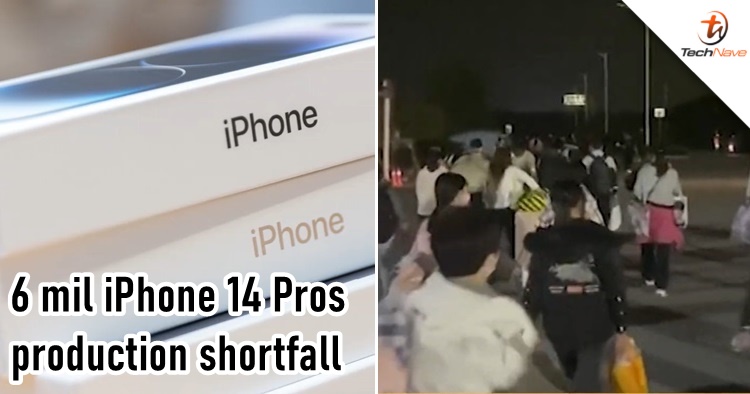 As if the chip shortage wasn't bad enough, the iPhone 14 Pro series production scale seems to be slowed down even more in China. According to Bloomberg, there is a "production shortfall" as factory workers protest due to COVID restrictions.

Whether you were busy during the long weekend, there are already a lot of videos showing the mass protests at several Chinese factories. The current turmoil could see at least 6 million iPhone Pro units being cut short, said a person familiar with assembly operations. Should the lockdown continue, the production scale will be set back even more.

Turmoil at Apple's key manufacturing plant in Zhengzhou, China will likely result in a production shortfall of close to 6 million iPhone Pro units this year.@EdLudlow has more https://t.co/pnIa1slmeh pic.twitter.com/rIVlJQ0obm

Despite that, the lost production time could change, but this depends on how Foxconn, one of Apple's suppliers, can arrange its workers back to the assembly lines. Bloomberg reports that there are food shortages for the workers, as well as new employees who aren't satisfied with the pay and quarantine practices.

Foxconn reportedly offered $1800 per month for full-time employees to stay at the factory, but more than 20,000 new hires have left after the protests. A factory is said to host as many as 200,00 workers during the peak season of iPhone production. Just earlier this November, Apple has already issued a statement that customers have to wait longer times for the iPhone 14 Pro and iPhone 14 Pro Max.

If you are planning to get one for Christmas, it's probably not a good time as it could take more than a month now, no thanks to the protests happening now. Stay tuned for more trending tech news at TechNave.com.