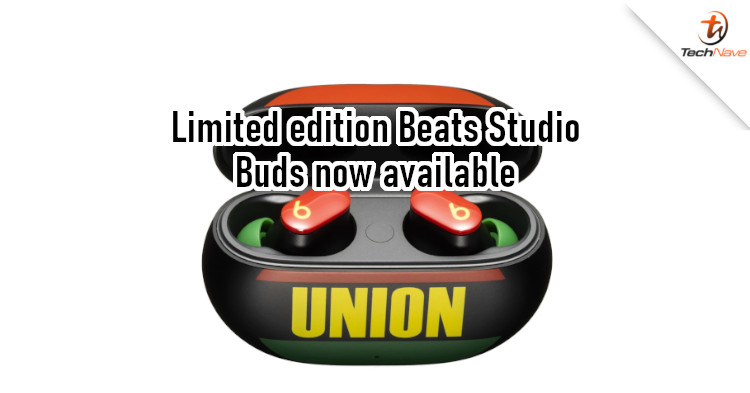 With so many true wireless stereo earbuds out there these days, you're probably wondering which one to get. Well, if you want something with colour and style, the Beats Studio Buds (released in June) fits the bill. Plus, there's now a limited variant for it.

In conjunction with the anniversary of Union, Apple unveiled a new edition of the Beats Studio Buds. This is a limited edition version that comes in a striking combination of green, black, and red colours - a throwback to the brand's African roots. The charging case also features the same three colours and Union's logo on the top.

Of course, the specs and features for this variant of the Beats Studio Buds remain unchanged. It still has active noise cancellation, IPX4 water resistance, one-touch pairing, transparency mode, and more. As for the battery life, the earbuds deliver audio playback for about 8 hours and up to 24 hours if you include the charging case.

The standard Beats Studio Buds are available here for RM629. However, the limited edition probably won't come to Malaysia, unless you import it. Having said that, what do you think about this particular TWS model? Let us know in the comments, and stay tuned to TechNave for more news like this.