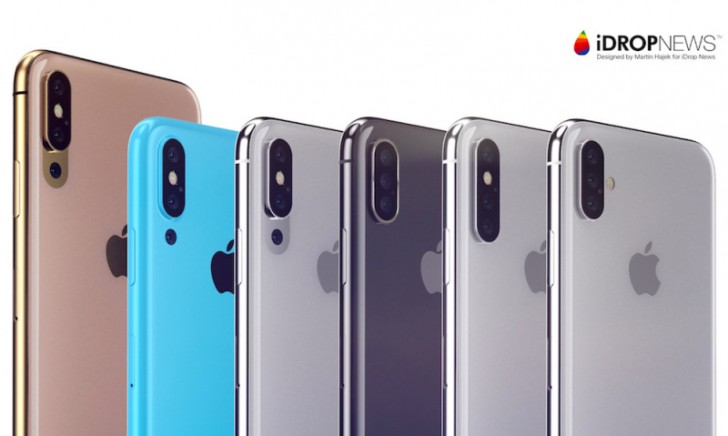 The Apple iPhone 8 series was probably one of the most boring phones reveal in 2017, due to the fact that it has the exact same design as its predecessors and the only feature that was worth mentioning is the Portrait Lighting mode. But it seems that's about to change this year, at least to popular Japanese blog Mac Otakara.

While the site doesn't really guarantee a lot of accurate information, this one is still an interesting one. It's still too early to say anything but sources say that the upcoming iPhone series will have a 6.5-inch OLED display, using the same size as the iPhone 8 Plus. That's a really big phone right there and it could be slightly thinner. Then there's a 5.8-inch OLED iPhone as well, which is said to follow the iPhone X but with a bigger camera sensor. It's quite possible either one of these two are adopting a triple camera setup, but that's just a rumour.

You also probably have heard that there will be an 'affordable' iPhone too, this is because it's reported to use an LCD display measuring at 6.1-inch. All three upcoming iPhones will definitely have Face ID, a new iOS 12 software and oh, speaking of that, the new iOS 12 will allow the user to unlock the iPhone even if it's held horizontally. Pretty cool.

That's all for now about Apple, stay tuned for more Apple news at TechNave.com.