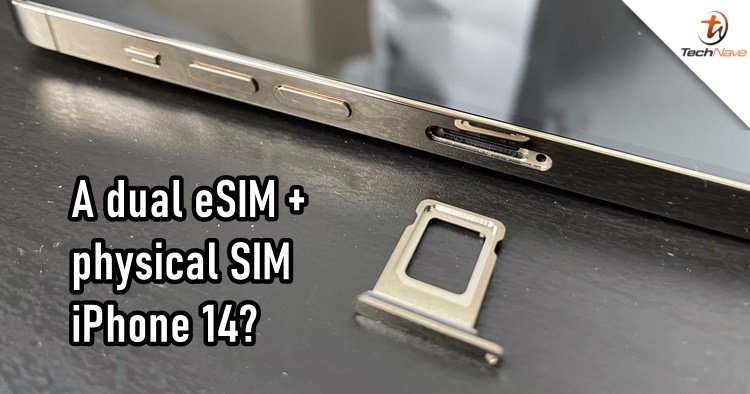 As Apple continues to take away features such as the audio jack and eventually the Lightning port (the MagSafe introduction says it all), we won't be surprised if the company takes away the SIM card as well. Rumours about an eSIM-only iPhone have been floating around recently, so let's see what's the latest news this round.

Regarding the eSIM-only iPhone, GlobalData analyst Emma Mohr-McClune suggested that Apple is not likely to make a drastic change on the iPhone 14 for going eSIM only. This is because there are not enough evidence or leaks to back up this wild feature especially on how Apple would plan to transition everyone to that phase.

However, McClune thinks that Apple would rather launch a dual physical SIM and eSIM iPhone for the majority of the market. Furthermore, the telcos would also have a choice to see a new eSIM-only or the hybrid dual eSIM/physical SIM iPhone for the masses which is good for business. That being said, telcos will have to work hard selling their eSIM features.

In Malaysia, all the telcos offer eSIM but it's not even a popular choice seeing as how almost all Malaysian still prefer using a physical SIM card. The transition would prove difficult but it will have to start with those who are willing to adapt to the new technology. On top of that, this would only apply for the majority of iPhone users which has a lower count than Android users.

But what do you think of an eSIM-only iPhone or a hybrid model for that matter? Let us know in the comments below and stay tuned for more trending tech news at TechNave.com.