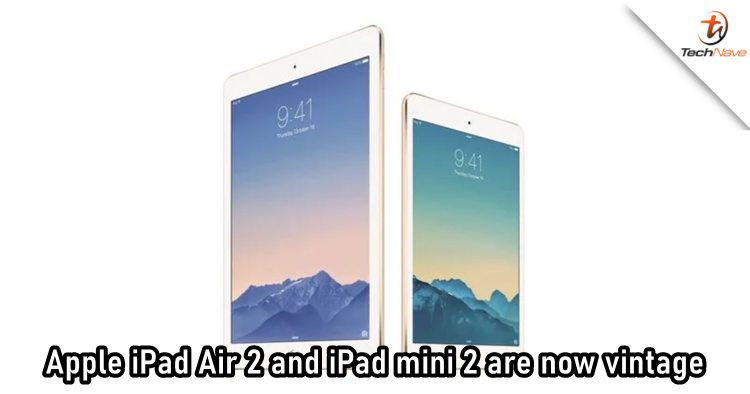 Apple has added the iPad Air 2 and iPad mini 2 into its vintage and obsolete products list. The company has stopped the sale of the mentioned products for more than five years, so it's time for them to enter the list.

If you have no idea what the list is about, it actually records the products that Apple stopped distributing them for sale more than 5 and less than 7 years ago. Since the iPad Air 2 and iPad mini 2 were launched in October 2014 and November 2013 respectively, they're considered vintage products now.

To recap, the iPad Air 2 was the first ‌iPad Air‌ to feature a Touch ID fingerprint sensor. It also featured Apple's A8X processor and had a laminated gapless display, allowing it to be significantly thinner than the original ‌iPad Air‌. Meanwhile, the iPad mini 2 was also known as the Retina ‌iPad mini‌. The tablet used an A7 processor and the M7 coprocessor initially introduced in the iPhone 5s.

Do you still own these devices, and are they still working well under your care? Leave a comment to let us know, and stay tuned to TechNave.com for more tech news.