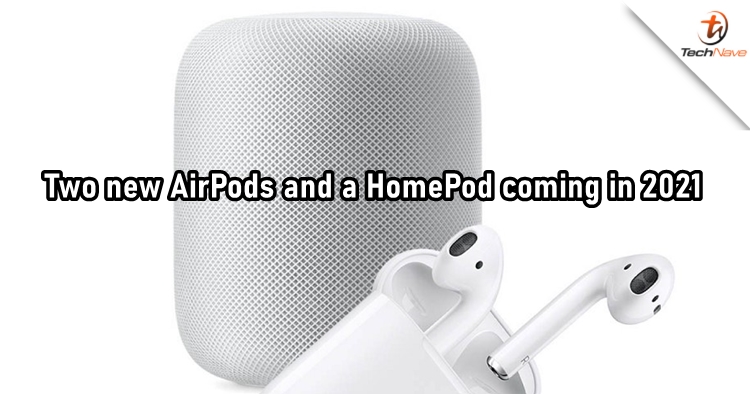 According to Bloomberg, the new entry-level AirPods could be launched in the first half of the year. It is said that the new AirPods will feature the same form factor design but with shorter stems and replaceable ear tips like the ones from AirPods Pro. Apple will also improve its battery life for longer usage.

Coming to the second-generation AirPods Pro, Apple is aiming to make the pair more compact by taking away the stems and come up with a new design that is more of a rounder shape. If it's true, the new AirPods Pro will be going head-to-head with Samsung's Galaxy Buds Live. However, it is reported that fitting "the features, antennas, and microphones into the smaller casing has proven "challenging" during development, which "could result in a less ambitious design when the product is finalized."

As for the HomePod, it will be launched to sit in between the original ‌HomePod‌ and the recently announced ‌HomePod mini. Meanwhile, there is no detail about the over-ear headphones yet but we'll keep a close eye on it. Let us know what you think about the upcoming Apple products on our Facebook page. Stay tuned to TechNave.com for more exciting tech news.