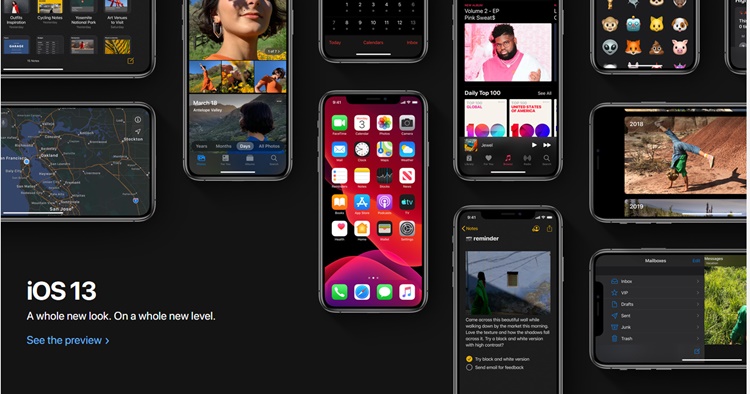 So Apple's WWDC 2019 just flew over our heads and as usual, the company has announced the upcoming iOS 13 updates. Among the updates, the dark mode was one of them which was long overdue and there are many more including improved performance without slowing down older Apple iPhones in order to save the battery. Without further ado, let's take a look at what iOS 13 has to offer.

Seems that most Internet users are in favour of dark mode these days and Apple is quick to take note of that. It won't be just any dark mode on a certain app but as a whole for the user interface. All of the Apple apps will definitely support it, as well as the notifications and the sliding dock where the user gets access to the shortcuts. Perhaps most users' favourite tool, AI will have an important role as it's able to highlight the best images and automatically hide the clutter of similar photos for the whole year. Photo editing tools will come in handier than before with just a swipe and most of this can available for video editing as well, which can be rotated, cropped and filtered on the go.

Portrait Lighting is getting an update where the camera app can move closer to refine the subject's facial features. It sounds like Beauty mode on most Android devices but we don't think that's the case, as one of the features is able to push away the light farther away. The monochrome effect is improved as well. 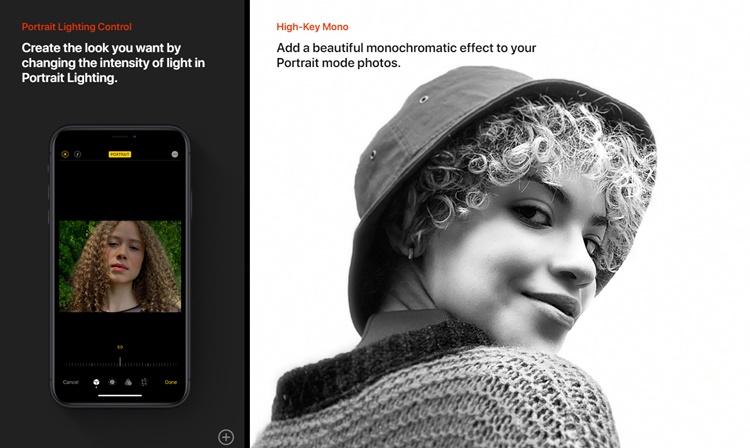 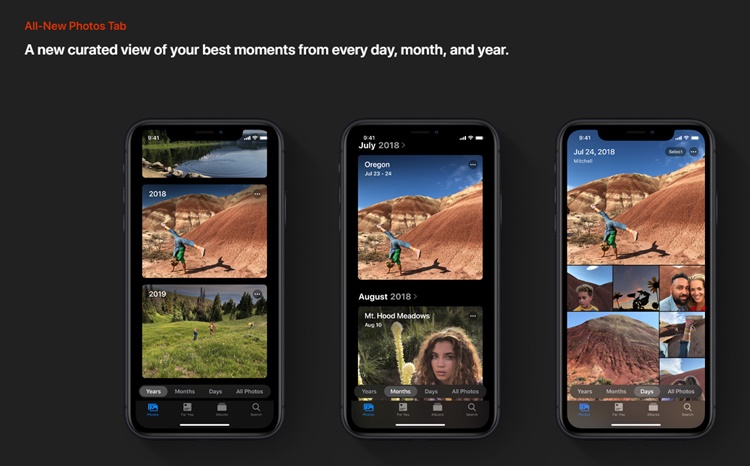 A more neat and tidy Gallery 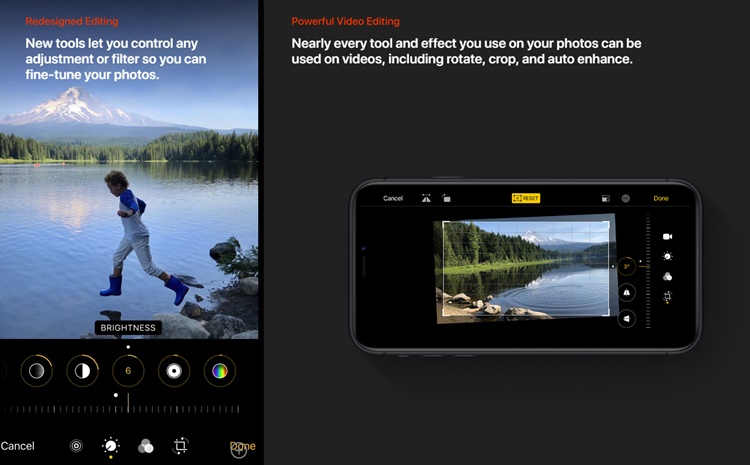 Users are pretty concern about this when it comes to privacy, so it's getting a new update too. Apple will be making some changes such as allowing you to give your location data on a certain app "just once" instead of constantly asking where is your location.

Then for "Sign in with Apple", users can use Face ID to create a new account for a service “without revealing any personal information” as well as allowing developers to log into apps and services. So whenever you sign up for something new that requires you to use your social account like Facebook to fill out the forms, you can skip all the email verifications and password setups with a unique random ID via Apple ID. 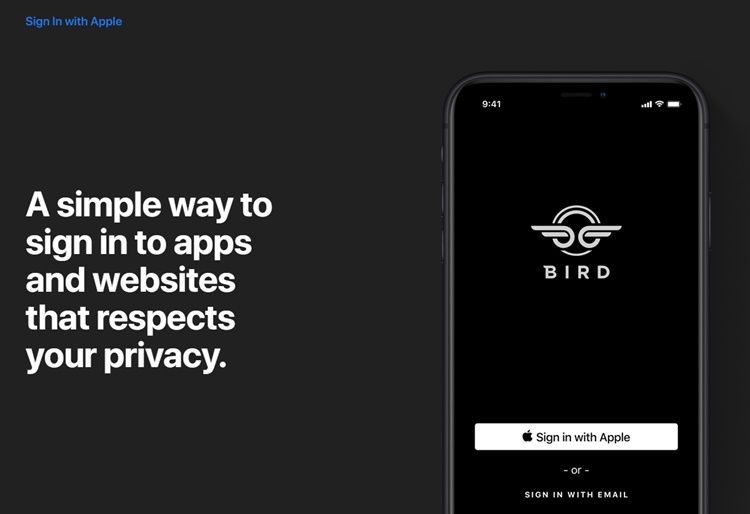 In case of the developers asking for your email address to spam you with news, you have the option to keep your email private and share the unique random email instead. Say goodbye to spam emails!

Apple Maps will get a revamp and it will have a new mode which works similar to Google Street View, by using 3D photography and a new Look Around feature. To add on to that, there will be a Collections section where you can store your favourite restaurants, travel destinations or places to hang out with friends, as well as a Favourites tab. The new Apple Maps will start across the USA by the end of the year first, so don't expect to see this in Malaysia anytime soon. Maybe in 2020. 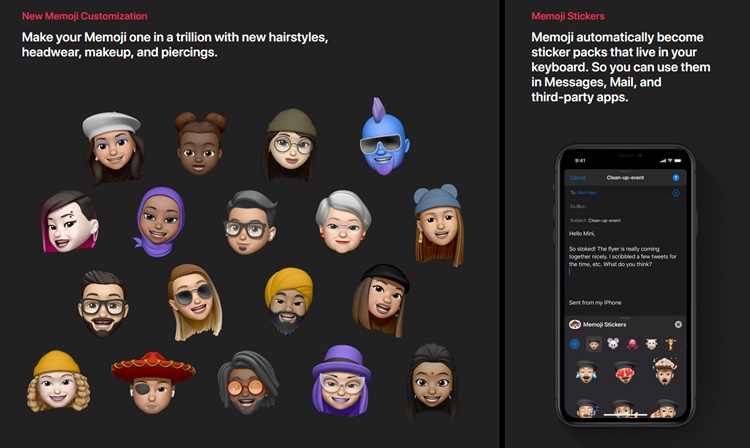 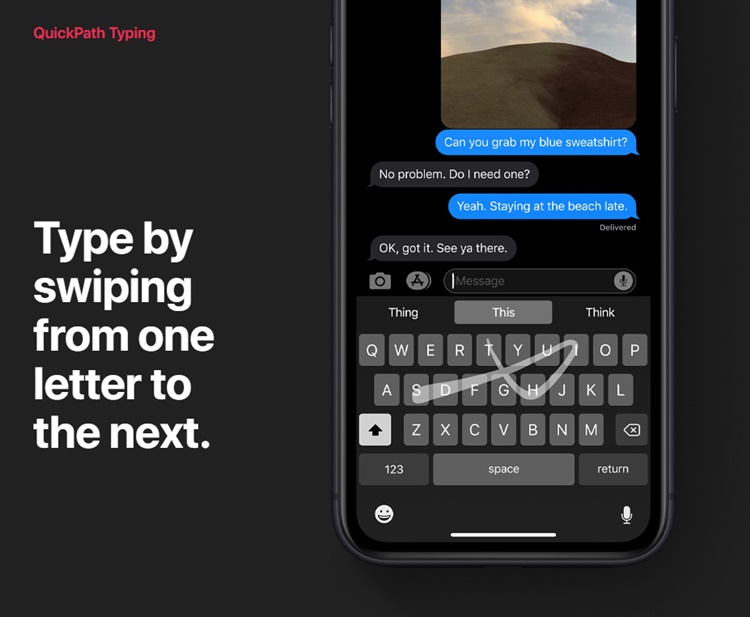 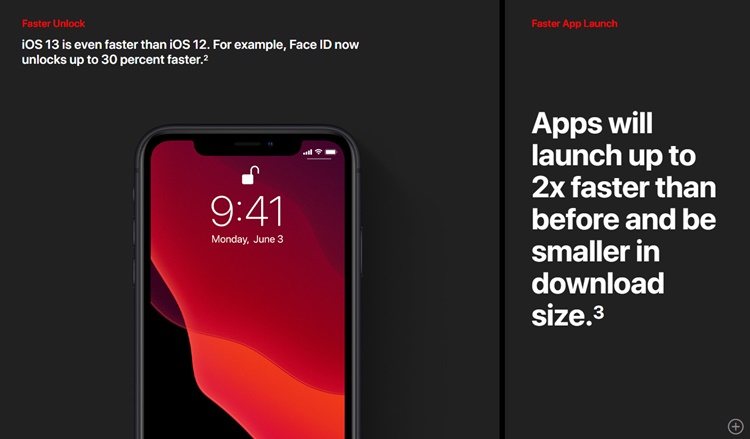 iOS 13 is set to roll out for iPhone devices starting from the iPhone 6s model onwards. A public beta program will start this month so we can expect it to come together with the new iPhone series by September. If you would like to know more about iOS 13, you can visit the WWDC 19 webpage right here and stay tuned for more Apple news at TechNave.com.