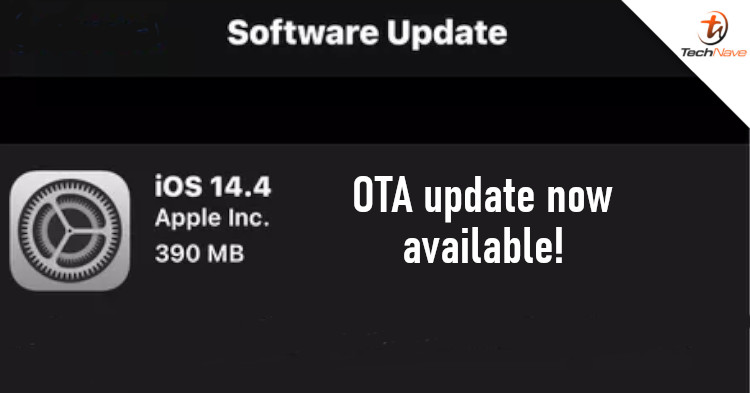 It hasn't been that long since Apple released iOS and iPadOS 14.3, but it was far from perfect so a new version was announced. The new version 14.4 comes with some bug fixes and adds two features to your iPhone and iPad.

According to MacRumors, iOS 14.4 allows your camera to even recognise small QR codes. If you had to repair your iPhone 12 series device, you may have run into an issue where the OS can't verify the camera. The new update resolved that issue too. Besides that, version 14.4 resolves a list of other bugs related to the virtual keyboard, Fitness widget, and HDR photos.

In terms of new features, iPhone 11 or 12 series devices will now have notable effects like haptic feedback when you transfer songs from your iPhone to a HomePod Mini. There's also an option for you to designate the type of third-party Bluetooth device you are using now. This allows the iPhone to accurately identify the audio device and adjust the volume for notifications.

As you can tell, it's not really a big update. But if the above issues have been bugging you, then you'll definitely want to update soon. On that topic, are there any other issues you've been facing on iOS? Let us know in the comments and stay tuned to TechNave for more news like this.