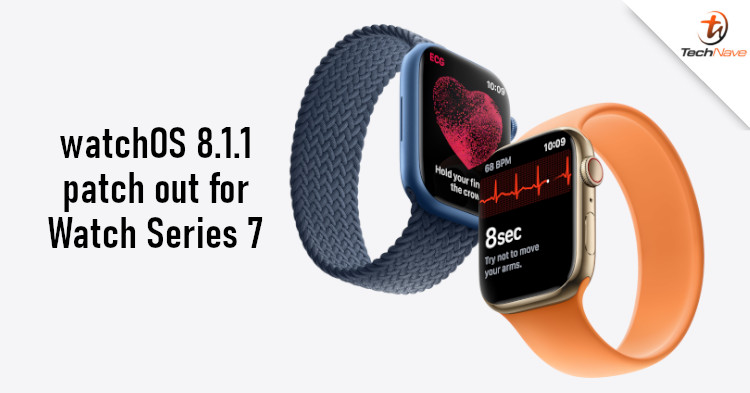 Are you looking to get the new Apple Watch Series 7? You should know that the company will start shipping those to Malaysia next month, so it's great that Apple would have fixed existing issues before you get it. That's what the latest watchOS update is for.

According to MacRumors, watchOS 8.1.1 is now available for the Apple Watch Series 7. Both the GPS and cellular variants can now share their Apple Fitness+ stats via SharePlay. Previously, some Watch Series 7 owners have also mentioned that the device would fail to charge or recharge slowly. The new update should also fix the bug that's causing those issues.

Have you encountered this charging issue with older models? What other features would you like to see added to the Apple Watch Series smartwatches? Let us know in the comments, and stay tuned to TechNave for more news like this.