Current Location: Home > News > Are Malaysians aware of the new privacy tool that came with iOS 14.3?

Are Malaysians aware of the new privacy tool that came with iOS 14.3?

When Apple unveiled the iOS 14.3 update, it came with numerous new features as well as the ability to opt-in or block a tool used to track user behaviour called the IDFA (Identifier for Advertisers). By blocking the aforementioned tool, the smartphone will stop receiving tailored personalized ads from marketing and advertising company in order to generate sales.

To give an example of how the IDFA work, if you recently searched for products such as a hairdryer or kitten litter on your smartphone, you’ll start to see a lot more ads regarding those products while surfing the web. With that in mind, how many Malaysians are actually aware of such a feature on their iOS devices? 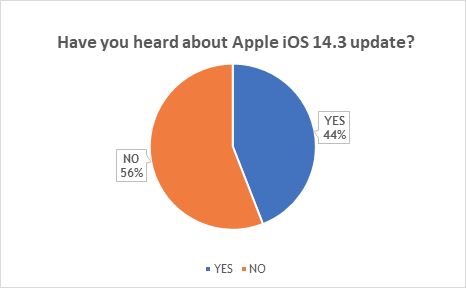 Less than half have heard of the iOS 14.3 update 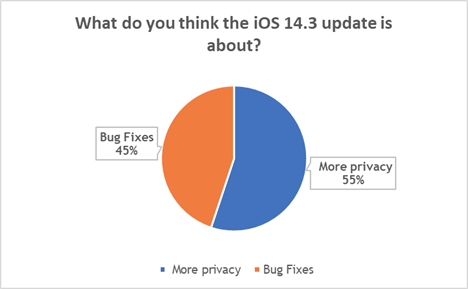 Other than that, the study also claimed that 41% of users are protective of their privacy while 7%, 21%, and 31% of respondents were either indifferent, felt helpless, or couldn’t decide. Last but not least, only 15% of the users who responded will carefully read the terms and conditions on how their data will be used while 40% of them will only use apps that share their data only while they’re using the app. The remaining 45% don’t read the data labels as well as the terms and conditions at all. 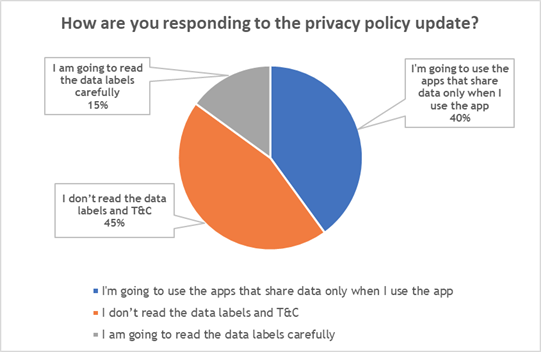 With all that said, what are your thoughts on the iOS 14.3 update and how it gives users more control over their privacy? Let us know on our Facebook page and for more updates like this, stay tuned to TechNave.com.