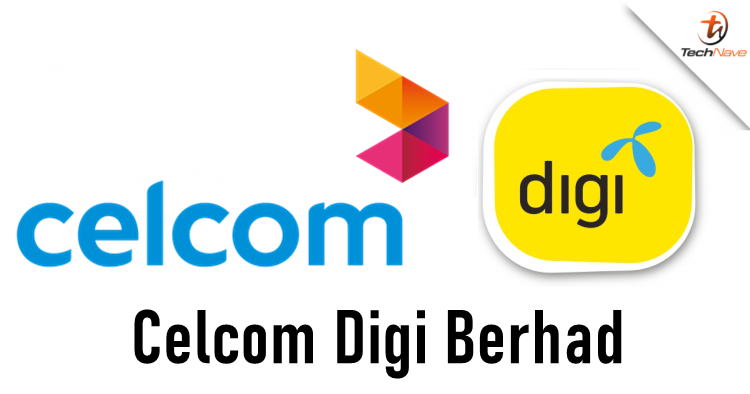 Two years ago, there were talks about Celcom and Digi's parent companies - Axiata and Telenor respectively about merging together but the plan failed through. Today, the two parties are back at discussions and a newly merged company will be created as Celcom Digi Berhad.

The merging of these two telco companies goals is the create a leading telecommunication service provider in terms of research and innovation to facilitate a digital platform economy within the nation. According to the official statement, both parties will have equal ownership of 33.1% of each of the merged company. Celcom Digi will be listed on Bursa Malaysia as well.

Both parties have agreed to nominate Dato’ Izzaddin Idris as Chair, Jørgen C. Arentz Rostrup as Deputy Chair, Idham Nawawi as CEO and Albern Murty as deputy CEO of the merged company which will be named Celcom Digi Berhad. The finalized agreements will be scheduled to be completed within the second quarter of 2021.

Although both parties have expressed interest in merging together, the transaction will be subject to approval by Digi Board and Celcom shareholder, receipt of regulatory approvals and other customary terms and conditions. In other words, there is no 100% that these discussions will pull through but this is the farthest they have gone so far. Stay tuned for more trending tech news at TechNave.com.