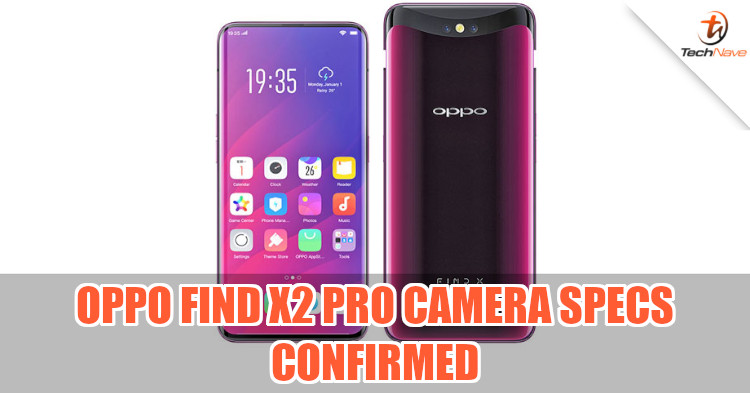 Will the Find X2 Pro have the same slide mechanism as the Find X?

Although OPPO has delayed its launch to March, details of its upcoming devices continue to surface. Last week, a rumour claimed that the upcoming Find X2 Pro will have a 60X zoom. This time around, a more concrete piece of evidence has exposed its rear camera specs.

Thanks to the keen eyes of ITHome, a Bluetooth certification for the Find X2 Pro (model number CPH2025) was found. It records the phone as having a triple camera setup that consists of a 48MP wide-angle lens, 48MP ultrawide-angle lens, and a 13MP periscopic zoom lens. The front camera has plenty of resolution too, with it being a 32MP shooter. While the other tech specs haven't been confirmed yet, there's reason to believe that most of the rumours are true by now. In the last few weeks, we've had all sorts of rumours about this device. It's expected to run on a Qualcomm Snapdragon 865 chipset and have a 120Hz display, as well as come with support for the brand's 65W Super VOOC fast-charging.

If these tech specs are all legit, the OPPO Find X2 Pro would be a powerful flagship that will perform well in multiple areas. It'll definitely be interesting to see how well its 60X periscopic zoom will work. With that said, would you be interested in purchasing this phone when it launches in Malaysia? Let us know on our Facebook page and stay tuned to TechNave.com for more news.