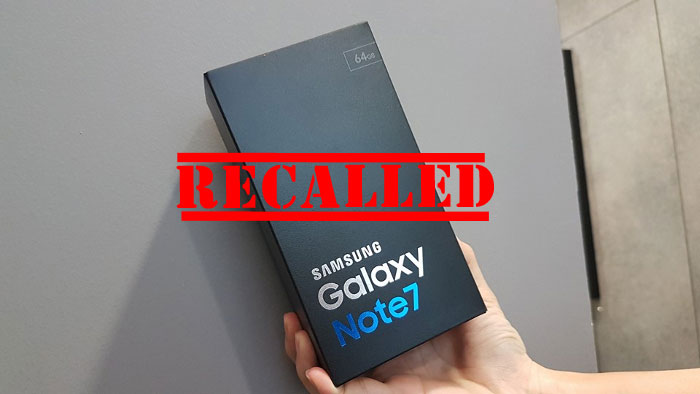 After several reports of the devices exploding in the hands of the consumers, Samsung is said to be readying for a worldwide recall of the newly released Samsung Galaxy Note 7 from markets that it is available now while they get to the bottom of the problem plaguing the new flagship.

As of today, they have discovered that the reported explosions have been traced to the battery of the new smartphone, which can short circuit, and results in the explosion. The same report said that while the problem only involves 0.1 percent of the phones, the company are putting the safety of their customers first and will recall the phones from the market to have the affected batteries replaced immediately.

As Malaysia has seen the shipment of the Galaxy Note 7 delayed from general sale, we are relatively spared from the recall exercise - but early pre-ordered units are most likely to be involved in this recall wave as well. We will update you with more information from Samsung Malaysia once we have more details on the recall, so stay tuned to TechNave for your latest tech news and views.