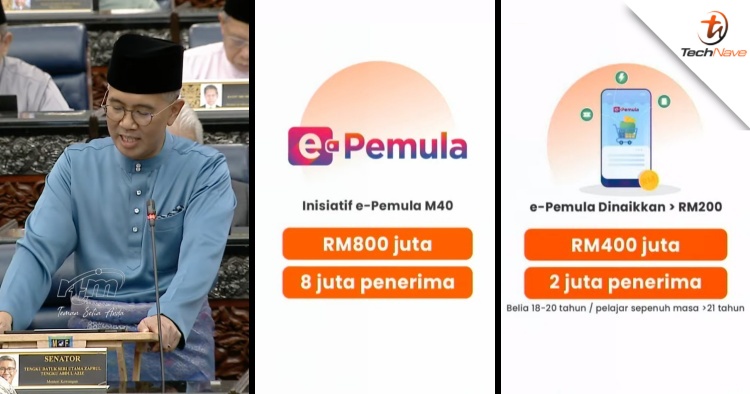 Speaking in Parliament during the tabling of Budget 2023 today, Tengku Zafrul elaborated that RM400 million has been allocated for the ePemula programme for youths and will benefit 2 million recipients. Compared to the same programme under Budget 2022, the one-off eWallet credit has been increased from RM150 last year to RM200.

To be eligible, recipients must be from the M40 category and earn less than RM100,000 a year. Each recipient will be receiving a one-off RM100 eWallet credit.

However, Tengku Zafrul has yet to reveal which eWallet provider will be selected for both ePemula programmes. In 2022, the ePemula initiative for youth was distributed by BigPay, GrabPay, ShopeePay and Touch ’n Go eWallet.

So, what do you guys think of this ePemula initiative under Budget 2023? Share your thoughts with us in the comments below and stay tuned to TechNave for the latest tech news from Malaysia and beyond!